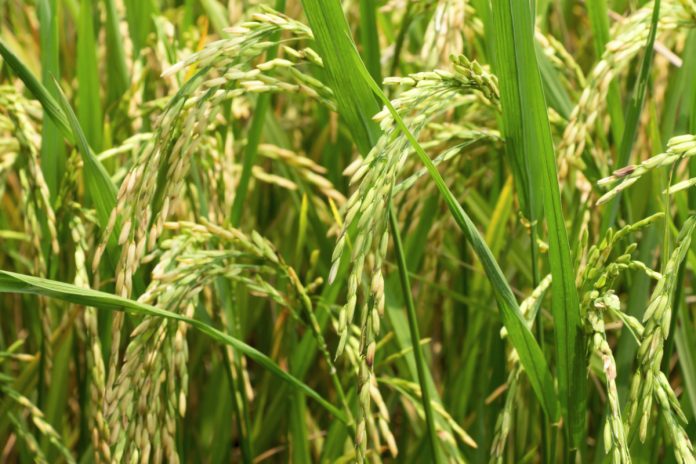 Nigeria has about 12.2 million rice farmers expected to substantially bridge the gap in its seven million metric tonnes rice demand.

Already, the Federal Government’s strategic interventions, especially through the Central Bank of Nigeria’s Anchor Borrowers’ Programme, have reduced rice import from 644,000 to 20,000 metric tonnes, according to reports from the Thai Rice Exporters Association.

In the South East, Ebonyi State prides itself as the rice hub of the region just as the state government targeted two million metric tonnes of the staple food in 2018.

To further swell their exploits in rice production, the administration of Ebonyi State governor, Chief David Umahi, had mapped out a total of 58,437 hectares of land for the cultivation of rice and cassava in the 2018 farming season.

In the same period, no fewer than 35,636 farmers were profiled to embark on the farming exercise for phases one and two of the farming sections, even as more hectares of land were to be made available in the subsequent phases.

And in Anambra, the state recently displayed its resolve to become the rice hub of the nation with the launch of the 80,000 metric tonnes modern rice mill at Omor, Ayamelum Local Government Area.

However, recent reports from Imo State have indicated the resolve of the state to overtake its sister states of Ebonyi and Anambra in rice production.

Imo State governor, Senator Hope Uzodimma, had on assumption of office declared that the government was committed to designing strategies that would help the state survive the global economic downturn caused by the coronavirus pandemic. According to him, tapping the agricultural potential of the state was the surest way of pulling through: “Of course, you know that the economy is almost becoming epileptic. We have to look inwards to see how best we can restructure our economy, boost IGR strength and then ensure that our citizenry are also busy.”

While the Uzodimma administration is repositioning the Adapalm company to produce not only palm oil, but also other oil-related products like margarine, shea butter, and palm kennel oil, among others, an initiative in the Okigwe axis of the state promises to further boost the IGR of the state.

An All Progressives Congress senatorial aspirant for Okigwe zone, Frank Ibezim, in collaboration with the Minister of State for Education, Hon. Chukwuemeka Nwajiuba, has developed the Uboma Rice Settlement. The project, covering over 127 hectares, is designed to empower rice farmers in nine communities in the Uboma axis.

Daily Sun gathered that it is one of the agricultural “revolution initiatives” of the senatorial hopeful, working with the Minister, with the overall objective of turning the zone into the food basket of Imo State and a leader in Igboland.

During his recent inspection tour of the project, Ibezim enjoined the project coordinators to work toward extending it to cover the entire rice belt in the zone, including Onuimo and Arondizuogu farming areas. He said the initiative had the objective of turning Okigwe zone into a land of vegetation, industry and talent:

“Our goal here is to ensure the utilisation of our vast untapped land resources for unparalleled agrarian and industrial revolution. My mission is to spur in a greater dimension the development of the Okigwe zone through quality representation and partnering with His Excellency, Gov. Hope Uzodimma, and our illustrious son, the Honourable Minister of State for Education, Hon. Chukwuemeka Nwajiuba.”