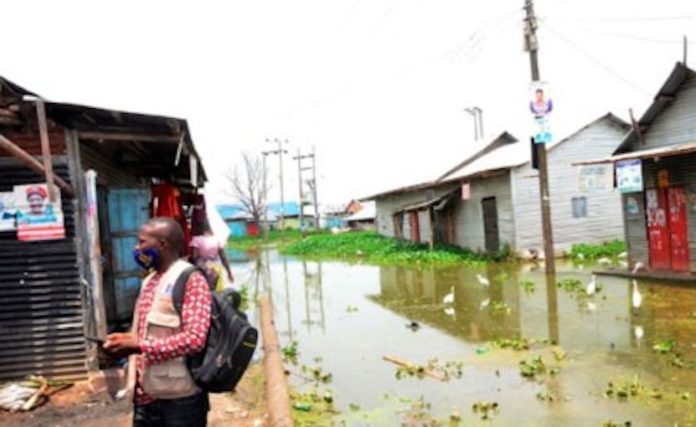 The Head of Imo/Abia Operations of the agency, Evans Ugoh, said the operations are in fulfilment of the assurance from NEMA Director-General Mr Mohammed Mohammed that the agency will continue to support victims of disasters across the country which they are simultaneously implementing in other parts of the country.

Ugoh listed benefiting local government areas during the flag-off of the distribution on Tuesday to include Ohaji-Egbema, Oguta, Obowo, and Ihite-Uboma.

He stated that floods and windstorms ravaged many homes in Imo in 2020 which he said attracted NEMA to give assistance to affected communities.

‘You may recall the devastating flood and windstorm disaster that ravaged some communities in the different local governments of the state in 2020 that left many homeless, while properties were destroyed.

‘The report of the incident came to us through the community leaders and the State Emergency Management Agency (SEMA) and we conducted an assessment of the affected areas and today the federal government has come to cushion the effect,’ he said.

Other items consist of blankets, mosquito nets, mattresses, cement, roofing sheets, and ceiling boards, among others.

Ugoh advised community leaders to ensure the distribution of the materials are not politicized, while also commending the government of Imo and other state functionaries for their role in ensuring the release of the relief items.