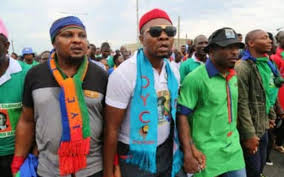 An association of Ijaw youths from the nine states of the Niger Delta have issued a warning to the federal government of Nigeria not to violate or tamper with the Nigeria Police Act (2000) as amended.

The group, in a statement by the spokesman of the Ijaw Youth Council (IYC), Mr Ebilade Ekerefe, while commending President Muhammadu Buhari over the promotion of Bayelsa-born Police Officer Moses Ambakina Jitoboh to the rank of Deputy Inspector-General of Police (DIG), however, warned that the promotion of Jitoboh should not be another sinister plan to violate the Police Act (2020) and retire him with 9 years left to serve in the Police Force.

According to Ekerefe, Ijaw youths are aware of discreet moves by enemies of Nigeria and the Nigeria Police to violate the Police Act.

Read Also: Why Nigerian Youths Need To Do Away With Tribalism

‘In line with the provision of Section 18 (8) of the Police Act (2020), which states thus: “Every Police officer shall, on recruitment or appointment, serve in the Nigeria Police Force for a period of 35 years or until he attains the age of 60 years, whichever is earlier.’

The group continued: ‘The section under reference brings the Police Force into an era of predictability just like the Civil Service Rule as the provision is mandatory, fixed like the rock of Gibraltar and cannot be moved willy-nilly.

‘Now that DIG Moses Ambakina Jitoboh has been duly decorated in his new rank, he stands out as the most, if not, the only qualified person for the office of the IGP and we aren’t pretending or begging to be given what is due to our son. We are Nigerians and must be treated as such. We will not accept a second class citizen treatment when it comes to appointments and first-class citizen when it comes to the exploitation of our resources.’

Ekerefe, who recalled instances like those of a retired former Director-General of the Department of State Services (DSS) where someone from the Ijaw-speaking part of Niger Delta was said to have been unfairly treated, declared that the region has had its share of imbalance and unfair treatment.