HomeEditorialWhy Nigerian Youths Need To Do Away With Tribalism
Editorial

Why Nigerian Youths Need To Do Away With Tribalism 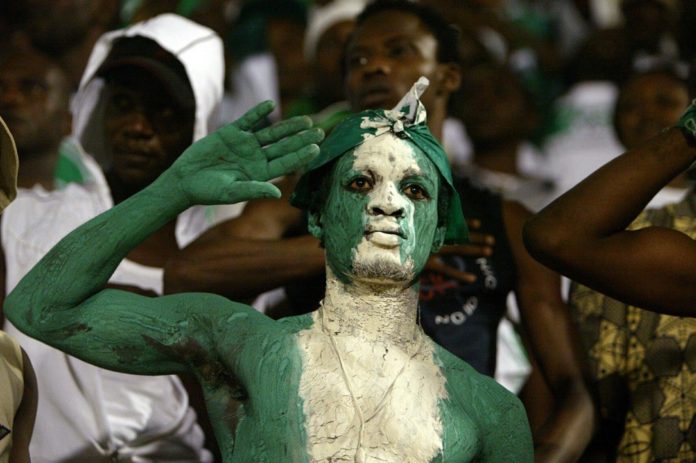 One of the biggest lies in Nigeria is that the youths are different from those who came before them. Nigerian youths tag themselves as liberal, progressive, and woke, but they are just an imitation of the generation that raised them which is why tribalism and ethnic loathing has continued to thrive in the current Nigerian society.

In 1914, Lord Lugard oversaw the amalgamation (merger) of the Northern and Southern protectorates which today is most of modern-day Nigeria. It was not a union of consensus but a forced union of our colonial masters to ensure their business interests in the region ran smoothly. What this forced marriage did was to bind several indigenous nations and lump them together as one country. Of course, this unnatural merger stoked the fires of tribalism. Nigeria was not created from the table of brotherhood. It was not borne out of love or unity but the selfish interest of the boys in Britain.

However, one binding and truthful factor that supersedes every other argument that Nigeria ought not to be one is that all Nigerians are Africans with the same Alkebulan blood running through our veins, and this alone is more than enough to make us see and treat each other as one.

Unfortunately, Nigeria has been hounded by tribalism since 1960. The politics of the founding fathers were along tribal lines, the first two interventions of the military can be viewed through a tribalistic lens. And then came the Nigeria/Biafra civil war, the saddest and most tragic thing that has ever happened to Nigeria as a Nation-state. The unilateral declaration of an independent Republic of Biafra in 1967 sparked a bloody civil war that lasted 30 months and laid waste to millions of innocent lives. Since then, the ghosts of Biafra have never been banished in Nigeria, and the demon of tribalism has been allowed to roam free and this is because the culture of tribalism is being passed down from generation to generation.

The fact is that this deadly disease called tribalism is not restricted to the Igbos alone, it is inherent in every single region in Nigeria. In the present Nigerian state, you hear things like ‘Do not marry an Igbo man’, ‘Igbo men can kill their mothers for money’, ‘Yoruba people are cowards’, ‘Yoruba women are prostitutes and don’t stay in their husband’s home’, ‘The Hausas want to kill Southerners’, and other dregoratory statements and names like Nyamri’, ‘Abokina’, ‘Ndi ofe mmanu’, ‘Omo Igbo’, and many others. These are common words and phrases used in many Nigerian homes, on social media, on forums, on print media columns, and in many other places.

This fear and hatred of tribes have lived on for decades and even in humour, tribalism has seeped in through popular jokes and punchlines. On a daily basis, you come across phrases like ‘Yoruba demon’, the supposed cold, money-loving heart of Igbo women, and the rumored expertise of Calabar women in bed which are all derivatives of Nigeria’s tribalism culture. You see most of these phrases as bants on Twitter you see them in songs which have been composed to promote ethnic sentiments.

In the political sector, you find daredevil politicians and evil elements in the political structure who enjoy playing the tribal card during elections, and it is a shame that young Nigerians who should be wise to their gimmicks always fall for it. The last general elections in Nigeria saw young Nigerians spew ethnic hatred online. No tribe was spared as slanderous invectives were showered on all tribes.  Also, these politicians are fond of using the tribalistic gimmick to garner support and votes due to sympathy rather than by a measure of their capability to perform in that position. This phenomenon is the main reason why Nigeria has deteriorated to this level because in the long run, the more capable candidate is left out because he or she is not from a particular tribe or he or she belongs to a certain tribe despised by all.

Nigerian youths should wake up and know that the battle for Nigeria is way beyond tribalism because in the eyes of the International Community, Nigeria is Nigeria and not Igbo, Hausa or Yoruba. The fight for the redemption of Nigeria is way beyond ethnic misgivings but rather, it is a collective effort to push for the betterment of the country and let go of little sentiments like tribalism. It is a battle of we the Nigerian people against the corrupt and incompetent political class

For decades they have used religion and tribalism to hold Nigerian youths back. It is the textbook ‘divide and conquer’ method. Nigerian youths need to see beyond tribe. They have to see beyond ethnicity. If young Nigerians cannot do this, then they are no better than the previous generations who allowed this country to get to this point.