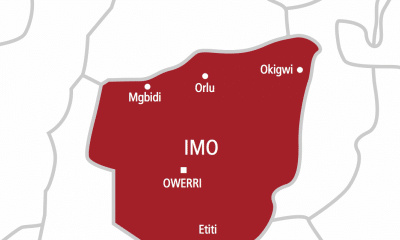 In a message sent to the President General (PG) of Umuowa Town Union, Hon Isaac Nze, the Washington DC America based Business Man asked the people of Umuowa to remain calm, as the next Traditional Ruler of Umuowa/Nguru Autonomous Community will emerge from Umuowa Town.

Chief Ugorji disclosed that for equity and justice, Umuowa should produce the next Eze because the late Eze Unanka who hails from Nguru axis of the Autonomous community was on the stool for forty one (41) years, with the support of Umuowa people.

Ugorji, therefore, reasons that ordinarily, Umuowa people should give the Autonomous community the next Royal Father since the Ezeship position is for both Umuowa and Nguru, and therefore should rotate between the two Towns that make up Umuowa/Nguru Autonomous community.

He, therefore, called for the support of Nguru people, for Umuowa Town to produce Eze Unanka’s successor, asking that Nguru citizens to show the same understanding and support Umuowa people extended to Nguru while Eze Unanka reigned as the Monarch.
However, in a General meeting held by Umuowa people on Wednesday July 22, 2020 at Eke Umuowa Market Square, it was unanimously agreed by the community that there is no going back in Umuowa producing Eze Umanka;s successor, as it would be the height of injustice for Nguru to produce Eze Unaka’s successor after being on the throne for 41 years.

Meanwhile, the President-General of Umuowa Town Union, Hon Isaac Nze has made it clear that Umuowa has no other Autonomous community other than Umuowa/Nguru Autonomous Community and Umuowa people have decided to present the New Eze-Elect of Umuowa/Nguru Autonomous Community from Umuowa to the public in December 2020, to be followed with the coronation ceremony. ‘Umuowa is a peaceful village and we believe in equity and justice’ Nze said.