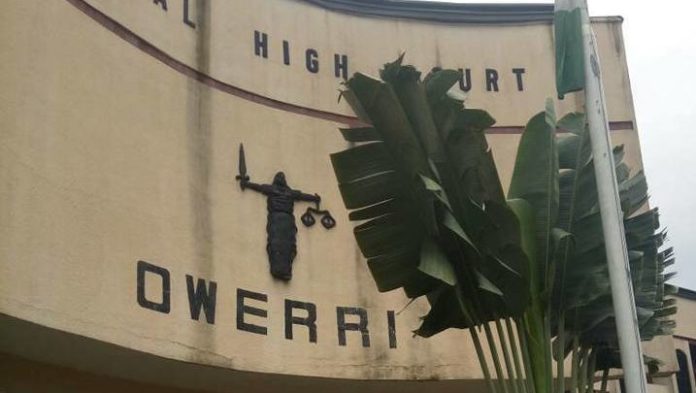 The Imo State Attorney General and Commissioner for Justice, Hon. Cyprian Akaolisa, has said that the controversial section 484 of the Administration of Criminal Justice Law, which granted the power to the Governor to detain juvenile or people of unsound mind, is a reproduction of section 401 of the Criminal Procedure Law which has been in existence for years.

He explained that the clarification became necessary in order not to allow the opposition and some mischievous elements to twist the issue for their selfish consideration or set the citizens of the state against Governor Hope Uzodimma.

‘This followed the earlier denial by the Imo State lawmakers that the bill passed through the state assembly. He said: “That section only gives provisions in respect of section 230,235,368 of the C. P. A. These provisions apply when a person is acquitted on the grounds of insanity or cannot understand the proceeding though not insane or an offender has not attained the age of 17 or 18 years at the time he is found guilty of capital offence (juvenile offenders). Such persons are detained at the pleasure of the governor by the provisions of the criminal code. Section 484 does not give the governor the power to detain any person. The order must be the order of the court.’

‘The governor’s power under that section is to determine where and how the person shall be kept and sections 483, 484 and 485 of Imo State Administration of Criminal Justice Law only provides the procedure and place of detention. He said it was shocking for any member of the House of Assembly to deny that section 484 was not in the draft bill.’

‘The draft bill which was sent by the House of Assembly was sent to the former Chief Judge of the state, Justice Pascal Nnamdi, and he set up a committee headed by Justice K.K.Orjiakor and other sound legal minds in the state, who critically appraised the draft bill and came up with the final draft,’ the commissioner said.