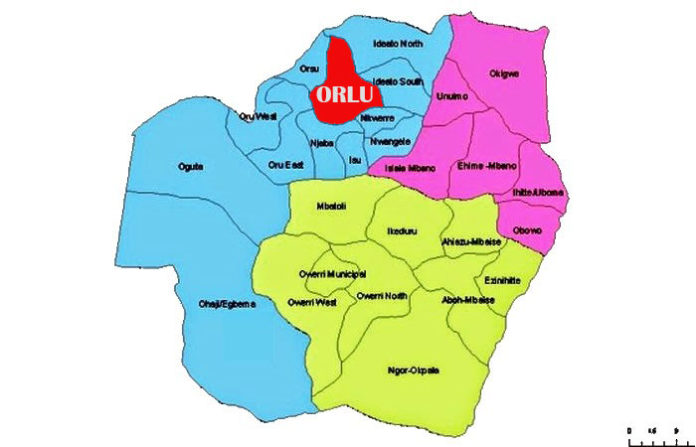 Leader of the Indigenous People of Biafra, IPOB, Nnamdi Kanu, has again appealed to South East governors to as a matter of urgency, ban all manner of open grazing in the region in compliance with the 1969 statutory law of the Federal Government that banned it.

But, his proposition met stiff resistance from Imo State governor, Hope Uzodinma, who argued that though South East governors were desirous of solving the intractable farmers/herders’ clashes, the IPOB leader had no basis to issue ultimatum to the governors.

Kanu had warned that if after 14 days the South East Governors failed to heed his appeal, and  there is no firm and decisive action by them to ban open grazing in South East, IPOB’s Eastern Security Network, ESN, would step in to commence the enforcement of the 1969 Anti-Grazing Law across the entire region.

It will be recalled that Mazi Kanu had on May 15, 2020, made a similar appeal in a letter he wrote to South East and South South Governors, State Houses of Assembly members of South East and South South, informing them of his intention to work with them in establishing a security outfit for the zones before he went ahead towards the end of the year to establish the Eastern Security Network, ESN, to secure forests in the zones.

In a statement he personally signed and made available to newsmen through IPOB’s Media and Publicity Secretary, Emma Powerful, yesterday, Kanu urged the South East Governors to emulate the bold step taken by their South West counterparts by banning open grazing.

The statement read:  ‘We wish to humbly and most submissively call upon all the governors of the East to, as a matter of urgency, ban all manner of open grazing in the region in compliance with the 1969 statutory law of Nigeria that banned such provocative and primitive practice by Fulani herdsmen.’

‘The bold step taken by Yoruba governors in banning open grazing in their region is commendable and as such MUST be reciprocated and consolidated by a similar pronouncement in the East.’

‘If after 14 days there is no firm and decisive action by Eastern governors to ban open grazing in our land, Eastern Security Network, ESN, will step in to commence the enforcement of this 1969 Anti-Grazing Law across the entire region. Don’t say you were not informed or given prior warning.’

Speaking on Nnamdi Kanu’s appeal to South-East governors to ban open grazing or the ESN of IPOB would enforce it, Imo State Commissioner of Information, Mr. Declan Emelumba, said the IPOB leader had no right to issue ultimatum to the governors.

His words: ‘’I don’t know the basis he is issuing the ultimatum. Is he the boss of the governors or superior authority? The governors will look at his appeal at their discretion.

’The threat aspect is wrong. He has no right to talk of enforcement. The South-East governors will always take decision based on the best interest of the people who elected them.’

Efforts to get the reaction s of other governors in the South East and South last night proved abortive, as they refused to speak on the issue.

Speaking on the issue yesterday, a chieftain of the All Progressives Congress, APC, Chekwas Okorie, stressed that opinion leaders in the region had pressed South-East governors to employ the Benue State model in actualizing it through legal means, just as South-West Amotekun.

He said:  “It’s not about IPOB calling for it, it is nothing new, it has been suggested before. Opinion leaders in the South-East have suggested the Benue State model in this regard.

’But now that it has been re-echoed by IPOB, I think it should be considered. Whatever their constraint is, none of us know. But I expect them to address insecurity in the region.

’South-East governors are not proactive on security matters. The reecho by IPOB should be a wakeup call for reconsideration.’

Meanwhile, a former member of the House of Representatives, Mr. Peter Umoh, has urged the Federal government to encourage state government to establish cattle ranches to end herders/farmers crisis in the country.

Umoh gave the advice weekend, while reacting to the worsening Fulani herders/farmers crisis across the country, especially in the South West and South South geo-political zones.

He stressed that ownership of ranch by state governments would address the recurring clashes between farmers and herders more effectively than the strategy of land grabbing from the various states as proposed by President Muhammadu Buhari’s admistration.

He expressed worries over the situation and appealed that Nigerians should learn to co-exist peacefully no matter where they found themselves and irrespective of their tongue and tribe.

Umoh stressed:  ‘My analysis of the situation currently is that today, it is happening in the South West. Nobody knows when it will explode in the South East, South South or Middle Belt because the Fulanis are everywhere.’

‘They may not be many but they have their own agenda. So, it is not a South West matter, it should be every Nigerian’s matter. My appeal is that Mr President should by action, show that he is not, as perceived by so many Nigerians that he is closing his eyes against what the Fulanis are doing to other fellow Nigerians.’

‘He should be able to caution his own kinsmen. And the proposed ranching system should not have been the way the President Buhari led administration had taken it; to grab land from various states, no because cattle rearing is business. Let the people who want to do the business buy land and then enclose it so that this normadism will stop.’

‘That is what the President should have done. And I plead not to try to impose it on each state by grabbing their lands. The  President can encourage each state of the federation to establish its own ranch. I think  this is one of the ways out of the farmers/ herders crisis in Nigeria’