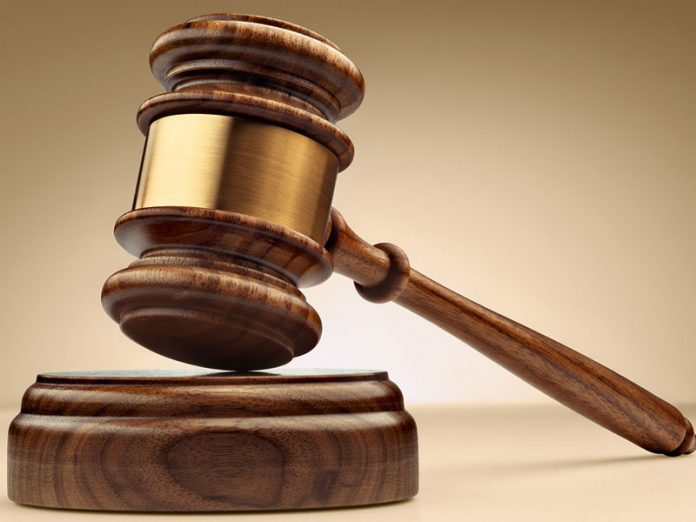 A Federal High Court in Abuja has struck out a suit instituted against the National Judicial Council, NJC and Imo State governor, Chief Hope Uzodimma to challenge the suitability of Justice Ijeoma Agugua as the substantive Chief Judge of Imo State.

reports that the court action instituted by one Hon Justin Brown Amadi who claimed to be a taxpayer was struck out by Justice Inyang Eden Ekwo on the ground that the plaintiff has no locus standi to file the suit.

He asked the court to consider whether NJC can recommend a suitable person for appointment as Chief Judge for Imo State in view of the provision of section 158 of the 1999 constitution.

The Plaintiff also applied for court order to restrain the NJC from recommending the Judge as the substantive Chief Judge for Imo State.

Amadi predicated his opposition to Justice Agugua to the fact that he had written a petition against her and that the petition had not been considered by the NJC.

He claimed that his fundamental right to fair hearing will be breached if Justice Agugua is made the substantive Chief Judge without first hearing his petition.

Following the development, the defendants filed separate preliminary objections against the suit to query the legal right of the plaintiff in the Chief Judge appointment.

The defendants contended that being a mere taxpayer in Imo State cannot confer legal right to Amadi to hold governor Uzodimma and institutions to ransom in the discharge of their judicial and legitimate official functions.

Delivering judgment, Justice Ekwo however agreed that Amadi completely lacked legal right to maintain such a suit before a court of record.

Ekwo held that the plaintiff failed woefully to show how his legal right will be endangered or jeopardized if the defendants are allowed to perform their duties.

“The plaintiff failed to show how his personal right override those of the entire people of Imo state as being a taxpayer is not enough to institute such an action.

‘In a suit of this nature, plaintiff must establish that his personal interest and legal right are real and tangible in law and not personal aggrandizement as done in this matter.’

‘From the totality of the case of the plaintiff, he acted in bad faith with utter malice. He embarked on adventures without a cause. His case is simply mischievous.’

‘I disagree with the plaintiff that his right to fair hearing will be breached unless his petition against Justice Agugua is treated first by the NJC.’

‘To allow the plaintiff to go ahead with this kind of suit will amount to an individual holding a statutory body into ransom.’

‘This case is liable to be struck out and I hereby accordingly strike it out for lacking in merit and substance,’ the Judges held.