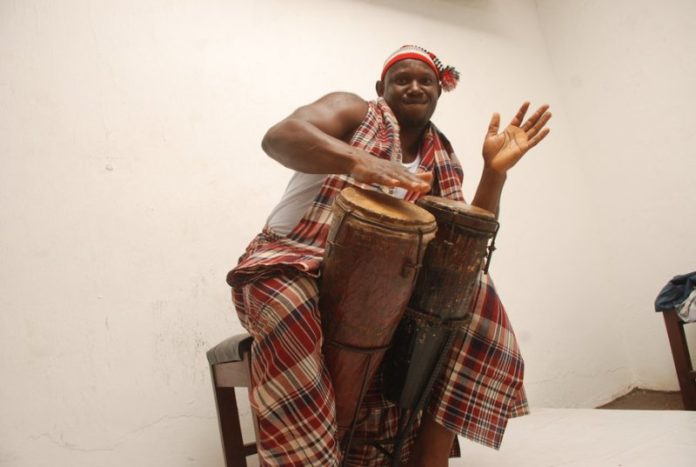 Igbo music is the music of the Igbo people, who are indigenous to the southeastern part of Nigeria. The Igbo traditionally rely heavily on percussion instruments such as the drum and the gong, which are popular because of their innate ability to provide a diverse array of tempo, sound, and pitch.  Igbo music is generally lively, upbeat, and spontaneous which creates a variety of sounds that enables the Igbo people to incorporate music into almost all the facets of their daily lives. Some very popular Igbo music styles are Igbo highlife, Igbo rap and the more traditional sound known as Odumodu.

When examining the impact that music has on the culture of the Igbo people, one would have to look no further than the earliest accounts of the vast history of Igbo in Nigeria. Though Igbo music remains very traditional, it has undergone some changes in old times.

As Nigeria attains 60 years of age, the precious gift Igbos have bequeathed Nigeria and the world through their philosophical songs, irresistible rhythms, and melodies, especially from the Oriental Brothers International, Dr. Sir Warrior, Chief Osita Osadebe, Oliver De Coque of blessed memories, Flavour N’abania, Phyno and other highlife musicians, loom so large and deserve to be properly celebrated with lots of encomiums.

Read Also: Onyeka Onwenu Opens Up On Her Personal Life

In the 60’s and 70’s a new genre of music was born called Igbo highlife. This was a fusion of traditional Igbo music and Western African highlife. It combined fast tempo Latino beats and colorful reggae, with rhythmic West African sounds. After Emmanuel Tetty Mensah (popularly known as E.T Mensah for short) and his Tempos Band brought the highlife music to Nigeria in the 1950s through his extensive tours of West Africa, the new highlife music was quickly adopted by notable Nigerian musicians like Bobby Benson, Victor Olaiya, Eddy Okonta, Cardinal Jim Rex Lawson, Sir Victor Uwaifo, Peter King, Chris Ajilo, Zeal Onyia, Bala Miller, E.C Arinze, Sammy Akpabot and many others. It took only a little time before highlife music became primarily an Igbo music, even though it took several regional styles. More significantly, the highlife music also became the Nigerian National Music and the cultural identity of Nigerians. The highlife music was deployed as a potent weapon in the struggle for independence, both in Nigeria and Ghana from where the music originated.

In those days, before, during, and after independence in 1960, most Igbo highlife musicians resided in Lagos and Ibadan where business was good playing in hotels, nightclubs, and at other social events. On January 15, 1966, some young army officers led by Major Chukwuma Kaduna Nzeogwu, a native of Okpanam town in the former Mid-Western region whose people till this day vehemently reject any attempt by anyone to identify them as Igbos (even though they bear Igbo names, speak Igbo language and predominantly practice virtually all the existing Igbo culture), led a military coup in which some prominent politicians, especially of Northern origin were killed. This led to a ripple effect that saw the killing of Igbos in their thousands. In all, more than 30,000 Igbos were massacred in Northern Nigeria by mobs carefully organised and led by soldiers of Northern origin.

As a result of that genocidal attacks against Igbos all over Nigeria, the Igbo highlife musicians residing in Lagos and Ibadan ran out of the towns back to Igboland in search of safety. After the exit of Igbos, highlife music died in Northern and Western Nigeria.

What the highlife genre did for Nigerian and Ghanaian independence struggles, it repeated for Biafra. The highlife music also became a potent instrument in the Biafran struggle for survival. Highlife music was a rallying point for Igbo and the Biafran nationality generally. It was an object of hope, encouragement, emotional release, and a symbol of group identity in the face of gruesome military assault and deprivation.

Like the proverbial good that sometimes derives from evil, musicians bearing musical ideas and resources from Congo, Cameroon, Gabon, and other East and Central African countries who were sympathetic to the Biafran cause, found their ways into Igboland. Consequently, the period after the war saw the rise of the new sound of highlife which incorporated stylistic resources from Zairean guitar music, Makossa, and Soukous from East and Central Africa. These musical resources greatly enriched Igbo highlife in the post-civil period as can be observed in the music of the Oriental Brothers, Ikenga Superstars of Africa, Prince Nico Mbarga, Muddy Ibe, and Oliver de Coque all of them post-civil war Igbo highlife musicians.

It was after Igbo highlife music and musicians exited the Western region that other erstwhile competing musical styles, especially Juju music found their footings and began to thrive. Although Juju was relatively behind highlife in terms of popularity in the early 1960s in Western Nigeria, the exit of Igbo highlife musicians possibly created a vacuum that Juju music occupied.

After the war, Igbo highlife rhythms which had fused and evolved with the Congo guitar styles of Soukous and Makossa, fashioned in a sort of phenomenal and philosophical musical orchestration in Igboland, did not wane or die as many believed. Those musical resources were carried and dispersed by the ever-adventurous Igbos across Nigeria and the world as they traversed the length and breadth of the earth in their quest for self-rehabilitation from the terrible and negative impact of.

Fast forward to present-day Nigeria, Igbo music has undergone a lot of rehabilitation and revamps. Recently, Nigerian rappers have also brought changes to the palates of the Igbo people with the infusion of hip hop, a crossover style of music that incorporates Afro-American elements and Igbo lyrics. With new acts like Flavour N’abania who still thrives with his highlife genre, Phyno, Wizboy and Zoro Onye Ogene who hold it down with indigenous rap and hip hop sounds infused with Igbo highlife and other acts like Bracket, Sunny Neji, Chike, Bright Chimezie (Duke of Highlife), Obaraeze, Tekno, Dj Coublon, Masterkraft, Chidinma, J Martins and numerous other acts, Igbo music still continues to thrive

Although the concept of Igbo sounds has been overtaken by Afrobeats (a modern form of Igbo highlife) and Hiphop in the Nigerian entertainment sector, the relevance of Igbo musical sounds still stands and is enjoyed by all Nigerians regardless of age and ethnic group.