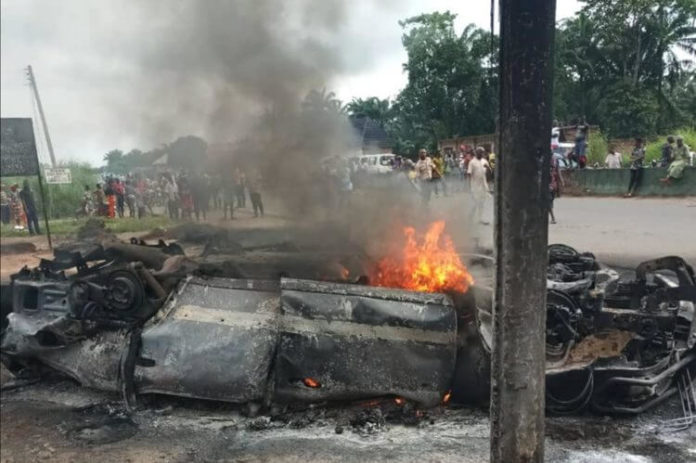 Two dead bodies were on Wednesday recovered from a burnt bus in Anambra State.

The 18-seater bus burst into flames on Sunday in a lone accident, while passengers in it were said to have been burnt beyond recognition.

One dead body was recovered that Sunday, while the fate of others was unknown.

But on Tuesday, the Federal Road Safety said it had recovered two more bodies from the wreckage.

The Acting Public Education Officer of the FRSC in the state, Kamal Musa, said the two corpses were found while the vehicle was being towed.

He said, “The corpses were deposited at the morgue in Our Lady of Lourdes. Two different number plates were found under the burnt vehicle: ABJ 164 PY, CA 33 FST, and further search into FRSC database revealed that ABJ 164 PY was registered with a Toyota Sequoia.”