HomeEditorialSome Common Igbo Surnames And The History Behind Them
Editorial

Some Common Igbo Surnames And The History Behind Them 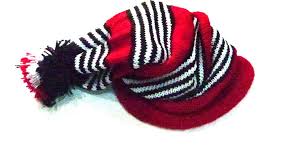 Names matter to any society; therefore, are of great significance. Names have meaning in Igbo land and before any man is given a name, it has to be determined by circumstances and occasions.  At times, Ndigbo give names according to circumstances surrounding childbirth, market days, or the religion they are attached to.

In the past, what determined most names in Igbo land is death.  Nobody likes to die and nobody wants any relation to die. It is because death is so painful that some parents give their children names that show their aversion to this phenomenon which they know is inevitable.

Before the advent of European colonialists and treatment of ailments in hospitals, people died of different diseases that leaves, herbs and roots could not cure and this prompted the giving of death- related names.

In those days, people who were born in the present Anambra and Imo states gave names that relate to death. For instance, the present-day Enugu people, especially Nsukka areas, gave names that lament the loss of their loved ones. So, for people that answer Onwudiwe, it means death is painful or annoying.  Onwubiko means death please have mercy, we have had many deaths, death takes a break; Onwuchekwa means death should wait. Probably that person may have had several death incidents in the family and is now begging for death to wait or tarry.

Onwumere means ‘death caused it or this is what death has caused’. This type of name is given when in a family there had been many deaths and the family is now counting losses of what death has done to them. Onwuemerie means death has conquered. When a new child is born into a family with numerous past deaths, the newborn is then called, Onwuemerie – death has won.

One is called Onwuma meaning ‘as it pleases death’ in the event that many dead bodies have been buried in a family in quick succession as if the family has been a sole target for extinction. Now, when a child is born under this period of mourning, they resign to fate and call the child, Onwuma which means death as it pleases you, we have cried enough.

Onwuteaka is a name given in memory of the many past deaths in a family. This is when the family now wishes that death could be delayed, at least, for some time, hence Onwuteaka. For such names, if death is extended, the family would be happier.

Whenever anybody answers Onwuzumba, it means death is everywhere. The family is simply saying that they are not the only people losing to death because other people also die. This is a sort of taking solace in the fact that death is not peculiar to their own family but ubiquitous.

Ozoemena means death has happened in the family often or in the past and the family is now saying let another one not happen. In other words, ‘the one that has happened is enough, we don’t want death or deaths again’. Ozoemekwana means another should not happen.

At times, when death comes calling in a particular family or kindred, children are given names such as Onwuegbusi, ‘death please don’t kill again’.  This looks as if the family is physically seeing death and is now pleading so that death should be put off or postponed to give them respite.

Umeh means death has happened too much and the family is now saying that Umeh na emeha, ‘death is dealing us a deadly blow’.  This type of name is given when it is believed that it was the child that died before entering its mother’s womb to die again as usual and it is then concluded that the child is an ‘Abiku’ in Yoruba or ‘Ogbanje’ in Igboland. This means a child that dies and comes again to be born.

Whenever one bears a name like Obeta, it means even if it is for today. Because the family has lost many children to death and the newborn is equally sick and is likely to die, the family will say, ‘if he or she lives throughout today, it will be sufficient for them’. This is a name common in the Nsukka axis of Enugu state.

Okete means, perhaps, ‘this one might live and not die like others before’.  This is when the child has stayed for one week, two weeks, one month or thereabout.

A family can give a name like Gburugi which means ‘the child can die if the child wishes to’. Whichever one, the family is past caring because death has dealt them a serious blow.

Onoyima is a name that signifies a child might just live for a while and die like others. Onoyima also means that life might be just for a short time and might not reach adulthood. This type of name is given to children suspected to be ‘Ogbanje’ or ‘Abiku’, children believed to be sent from the evil world to torment their parents and later die.

Any man whose name is Ayogu or Ayokwana means that no one should jubilate because no one knows if the child would survive or live or just die like others before her. This type of name is given when a family has suffered many child deaths and now feel that there is no need jubilating that a new child is born. A name like Makata is given to a child whose chances of survival after birth is not certain. Makata, therefore, implies only the spirits that will determine if this one has come to live or just to stay for a while and join other ‘Ogbanje’ or ‘Abiku’.

A family in Nsukka names their female child Oboo or Obochi which means they are not sure that the child will live till tomorrow. Most times, people who are given such queer names survive child birth as if it is because of the name. Chibota is often given to a female child whose family has seen so many deaths such that they have lost hope of getting a child that would live to succeed them.

A child is named Umeka meaning ‘breathing matters or counts or breathing is most important’. Because of many child deaths in a family, when a child is born, the family will be constantly checking the child’s heaving chest to make sure that the child is still breathing, hence Umeka.

People give their children a name like Ndubisi meaning life is what matters or most important. The type of names that follow many deaths in a family is to see that their newborn stays alive. Ndubisi is therefore given to the child hoping that what befall others will not befall this one.

However, further investigations have shown that because of the impact of religion in recent times, people hardly give names that relate to death, hardship, war, famine or disappointment anymore. Instead, names are patterned after God or names in the Bible or names of influential men.

For instance, one can give a child names like Alexander because of Alexander the Great, Clinton because of the former United States president, Ojukwu because of the late Ikemba or Azikiwe because of the Great Zik of Africa. Names like Osuji, Ogbuefi, Nnanna (His father’s father), Okoro (first born son) and Dibia (Doctor) also signify greatness or influence.

People who are born in the time of plenty or peace are given names like Obianuju which means one that came in times of plenty; Anulika meaning joy is better; Ifeoma which means good thing and such other names.

War or conflicts can also be the sole reason for naming a child. For instance, those who were born during inter-tribal wars, communal clashes, civil wars, or world wars are often given names relating to violence such as Agha meaning war; Ngboyibo which means English bullet; Udegbe meaning sound of a gun; Egbe meaning gun, etc.

From the foregoing, it is important to know that among the Igbos, there is always something in a name. Every Igbo nomenclature has its particular meaning which can be used to signify or trace the history about an individual’s lineage.