HomeEditorialUmuada Matriarchs And Their Symbolic Role In Igbo Land
Editorial

Umuada Matriarchs And Their Symbolic Role In Igbo Land 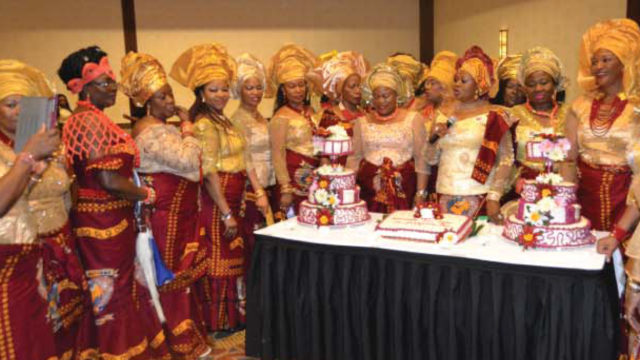 The quest for development and growth has been the preoccupation of the human race which has steered to setting up organisations, institutions, and structures for these purposes. And so, the Umuada as a matriarchal sect in Igbo land is one of such and has been in existence longer than imagined.

They play a stereotyped role that is, without a doubt beneficial to their society, functioning at burial ceremonies, wedding ceremonies and also political involvement to foster growth and development.

Within the pre-colonial Igbo society, the Umuada were indispensable; a sect concerned about the females of the community in addition to being a voice of liberation, hence acting as checks and balances in their community. They have always aided in restricting the excesses of traditional rulers in the community, domestic violence, and issues of amorous relationship including other forms of disputes.

Read Also: Ndigbo, From Delta All The Way To Jamaica

In communities like Isuokoma in Ebonyi state, it has been recorded that the Umuada had contributed in settling disputes between fighting communities, management of domestic crises, and other forms of conflict in different Isu communities especially when women in their community were involved.

Aside from this, the Umuada may also be involved in spiritual duties, depending on the community. In Osomala in Anambra state, the Umuada owe their allegiance to the visionary deity of Ohai. Ohai is the deity to which all women in Osomala, including indigenous women and wives, married from outside the community, do obeisance. The devotees meet on designated days to dance and chant in worship to the deity. Through this deity, some members of the Umuada are endowed with foresight and can prevent impending danger in the community. Thus, through their constant dance worship at the shrine of Ohai, the psychically gifted ones are given a revelation of things to come.

The Umuada are also responsible for bathing the body of deceased female relatives and preparing it for burial. Apart from this, they are involved in the celebration of the ritual passage of the deceased into the ancestral stream and spiritual cleansing of the community during feasts and festivals.

In some cases, the Umuada have also served as checks on the abuse of power by the Council of Elders. Being a sect that represents the interest of women, it has served as a bridge between the women and the men.

The women group, in this case, include the Ndi inyom- the wives of their brothers. When the wives are not pleased with certain things and when they are displeased with the state of affairs in their fatherland, they interfere in this capacity.

The Umuada have been symbolic in their ventures thus inspiring feminism that spurred the courageous women leading to the first historic women’s riot, simply giving into the jurisdictions of their communal concerns. But there is a general perception of the kind of role these women play in their community and it has further fueled the perceived negative notion.

As portrayed in Nollywood, one side of the coin is persistently projected to viewers who thus have a constricted view of who they are and the roles they stand for or what they stand for. The view of Umuada practice to widowed women is not a thing to applaud; regardless they carry out their roles based on their traditional belief system. Though modern times have many questioning some cultural roles and their place in the 21st century.

Being the female version of the Umunna sect in Igboland, they also step in especially in cases of marriage disputes, functioning at burial, wedding ceremonies and also political involvement to foster growth and development.

Peacebuilding being one of their functions of these matriarchs cannot be overemphasised and though their roles may seem mundane to the modern man, they originated from the traditional belief of the veneration of Ala the Earth deity in Igbo land and so were expected to be honest, morally sound, courageous, truthful and peace-loving to effectively carry out their duties to the land. So they are representatives of the spiritual functions of Ala.

Umuadas are mainly noted for their maintenance of peace and justice as well as law enforcement in traditional Igbo society with their actions ceasing deviations from social norms like bad hygiene, waywardness, and even unfriendly habits.

It can be argued that the Umuada have been instrumental to women empowerment in Igbo land and Nigeria generally and thus, important for the feminist movement. The Umuada respect tradition and work under the structures of modernity but remain insistent that men are the heads of the family, leaving them unaffected by modern developments in a way.

Nonetheless, the group has led to some sort of balance in the community for the alawomen. The forum is the vanguard in the struggle for equal opportunities for women and children in society.