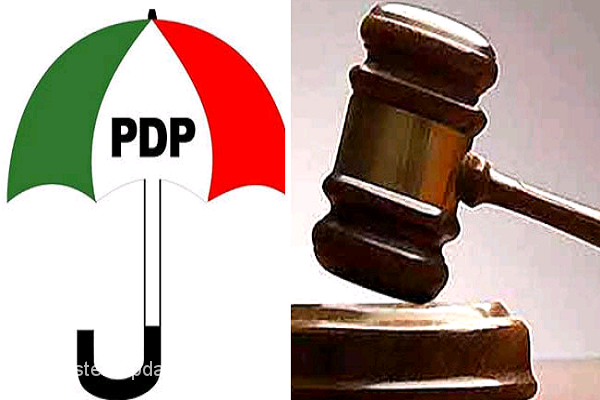 The Abuja division of the Federal High Court has nullified the Peoples Democratic Party (PDP) primaries in that produced candidates for governorship, House of Assembly, and National Assembly positions for the 2023 elections in Ebonyi State.

Justice Binta Nyako in a judgment delivered, yesterday, ordered the PDP to conduct a fresh congress in Ebonyi State within 14 days for the purpose of electing candidates for next year’s polls. She equally issued an order directing the Independent National Electoral Commission (INEC) to monitor the fresh congresses in the state.

The judgment followed a suit marked FHC/ABJ/CS/1319/2021 filed by Okoroafor Tochukwu Okorie against the PDP and INEC.

The judge agreed with counsel to the plaintiff, Okoro Mkemakolam that the PDP primaries in Ebonyi State was conducted in flagrant disobedience to the order of the Court of Appeal staying the execution of the judgment of the Federal High Court in Abuja, declaring Joseph Sila Onu as the Ebonyi State Chairman of the party.

Justice Ahmed Mohammed of the Abuja division of the Federal High Court had in a judgment delivered on April 13, 2022, recognised Onu as the authentic chairman of the Ebonyi State chapter of the PDP.

Dissatisfied with the decision, Okorie through his counsel, Nkemakolam Okoro approached the Abuja division of the Court of Appeal to set aside the judgment of the lower court.

The appellant followed it up with a motion for a stay of execution of the judgment of the Federal High Court which was granted by the appellate court.

He dismissed the judgment, and described it as not enforceable saying the Supreme Court had ruled on the matter in favour of Odii and that no other court in the country could revisit the matter in any form.