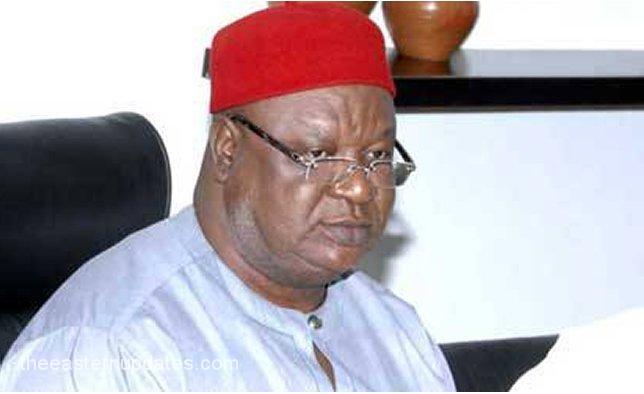 Chief Pius Anyim, who is a former Senate President has asserted that most of the political parties fielding candidates for the 2023 elections are mere platforms for powerful individuals to grab power at the detriment of the people.

Anyim, a former Secretary to the Government of the Federation, stated this on Wednesday in his keynote address delivered at the 2022 Annual Political Parties Summit in Abuja.

He attributed the recent controversy surrounding the presidential primaries of the Peoples Democratic Party and the All Progressives Congress to their failure to operate within the norms of democratic principles.

Anyim said, “The complaints of the G5 Governors of PDP is not that the party primary election was faulty, but that the pre and post-primary processes did not guarantee justice to them.

“In APC also, the Christian caucus is aggrieved, owing to perceived injustice following the Muslim-Muslim ticket. Let me therefore say that any failure to democracy starts with the political parties.

Read Also: Ebonyi 2023: Umahi Is Not Backing Me, Odii Declares

‘In view of the above, I can safely say that the political parties in Nigeria have helplessly become a platform for powerful politicians to grab power at the detriment of the people.

‘The expectation generally is that since the country has embraced democracy, its political parties should as a matter of ideology adopt democratic norms in the administration and management of their party affairs. However, the lack of internal democracy in Nigerian political parties has become a persistent threat to the country’s democracy.

‘Various political parties have repeatedly failed to adopt and apply the provisions of their constitutions to all party members who are interested in running for office.’

The ex-SGF, however, said there was an organised demand that political parties must not only see conduct of party primary elections as constituting the core of their democratic mandate but must also enthrone social justice

Speaking on the use of technology for the 2023 general elections, Anyim backed the calls for the Independent National Electoral Commission to subject the Bimodal Voter Accreditation System to third-party evaluation to ensure it met standards and integrity.

The Governor of Imo State, Chief Hope Uzodinma, called on the political elite to desist from inflammatory comments and canvassing of narratives that could stoke conflict and inflame passions.

He said no one would gain from the consequences of such idle chatter.