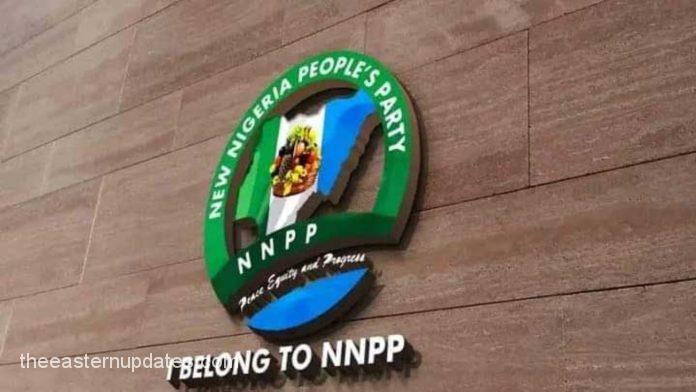 The New Nigeria Peoples Party, NNPP ahead of 2023 general elections have made some serious vows to make sure that they take over power from Peoples Democratic party, PDP in Enugu State.

The leadership of the party which had been led by the Enugu state chairman, Dr. Tony Ngene had made this known during a one day retreat/ Voter education which had been organised for all their candidates and local government chairmen of the party.

Dr. Ngene had also stressed the need to build on the benefits of all the new electoral law which according to him had given them more power to the people to choose their leaders.

“We have to sustain the gain of popularity of NNPP and the leadership of His Excellency Rabiu Musa Kwankwaso who is the best candidate to bud a new Nigeria in the South East especially Enugu State.

“The present leadership and presidential candidate of the party, His Excellency Rabiu Musa Kwankwaso is standing today to propagate that vision of building a new Nigeria that will not only work for all but a Nigeria we will be proud of,” he said.

Also speaking, a senatorial candidate of the party representing Enugu North Prof. Onyeke Onyeke, educated the candidates on the new political realities in the country, indicating the chances of the party and how best the party can utilise its advantages by abiding on every democratic principles and norm.

In a previous report, Elder Statesman and Presidential candidate, Rabiu Kwankwaso has on Saturday confirmed that the news making rounds that his party, the New Nigeria People Party, is discussing with the Labour Party and its presidential candidate, Peter Obi, on the possibility of forming a coalition for next year’s general election.

Kwankwaso, who is the presidential candidate of NNPP, said:

“It is true we are in talks with Peter Obi and a committee is working to look into how to form a merger between us.

“Friends and family are being up and doing talking about the merger arrangement.”

The former Kano governor added that the merger became important because both the ruling All Progressives Congress (APC) and the opposition Peoples Democratic Party (PDP) did not pick their running mates from the South-east.