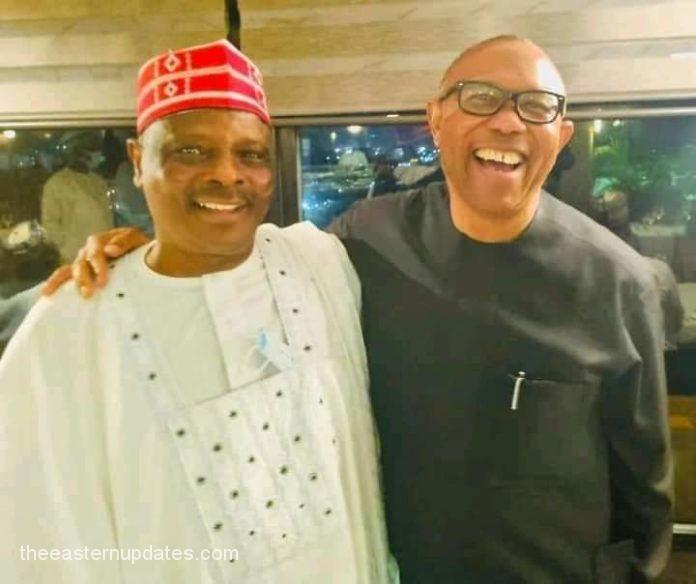 Elder Statesman and Presidential candidate, Rabiu Kwankwaso has on Saturday confirmed that the news making rounds that his party, the New Nigeria People Party, is discussing with the Labour Party and its presidential candidate, Peter Obi, on the possibility of forming a coalition for next year’s general election.

Kwankwaso, who is the presidential candidate of NNPP, said:

“It is true we are in talks with Peter Obi and a committee is working to look into how to form a merger between us.

“Friends and family are being up and doing talking about the merger arrangement.”

The former Kano governor added that the merger became important because both the ruling All Progressives Congress (APC) and the opposition Peoples Democratic Party (PDP) did not pick their running mates from the South-east.

However, a merger is legally impossible between both parties before next year’s general elections. What is possible is an alliance that could see supporters of either party vote for candidates of the other in their areas of strength.

They could also agree to present joint candidates for presidential and governorship elections with one party producing the candidate and the other the running mate.

The two-person team could then choose to run on the platform of one of the two parties.

Some supporters of Messrs Kwankwaso and Obi have called for such a joint presidential candidacy but it is unclear if either of them would be willing to drop his ambition to become the running mate of the other.