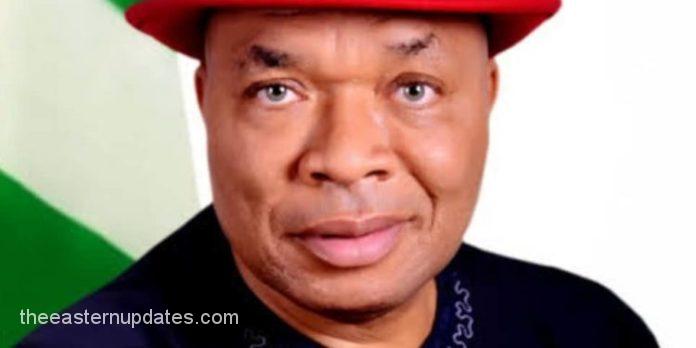 Honourable Ben Nwankwo Isingidi who is a grand standing member of the APGA political party in Anambra State has approached a Federal High Court to sack and oust Honourable Azubogu as the candidate of All Progressives Grand Alliance (APGA) for the Anambra South senatorial zone.

In his petition, Hon. Nwankwo asked the court to completely nullify the nomination of Azubogu as APGA candidate for Anambra South senatorial election in 2023 while making allegations that he is still a member of the Peoples Democratic Party (PDP) and cannot hold an APGA political ticket when he is yet to formally join the party.

Azubogu, according to investigation, has not officially announced his defection from PDP to APGA on the floor of the National Assembly as it is customary.

“In the case of Azubogu, he only went to obtain APGA membership card and participated in the Anambra South Senatorial primaries without following the due process to announce his defection to APGA as specified by law at the Green Chamber,” a source stated.

The source concluded that such a matter had been decided by a court of competent jurisdiction where it was decided that for an elected lawmaker to have deemed to have defected to a new political party, he or she must write to the Speaker and his defection announced at the plenary.

He added that Azubogu failed to follow that process knowing that if he officially writes the Speaker of the House of Representatives of his defection to APGA, his seat will be declared vacant as the courts including the Supreme Court in many occasions have declared seats of some lawmakers vacant for defecting to another party without cogent reason.

‘Nwankwo, is therefore, asking the court to determine if a lawmaker who fails to officially write the presiding officer of the House about his defection can hold the ticket of another party to contest for the 2023 National Assembly elections.’