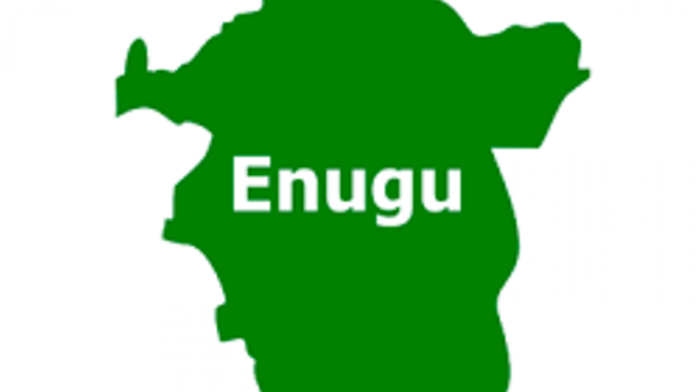 The ugly head of insecurity seems to be rearings its head again as a police officer was murdered yesterday when some gunmen attacked a police checkpoint in Ibagwa-Ani, a community in Nsukka Local Government Area of Enugu State, Nigeria’s South-east where they killed a police officer and razed their truck.

The gunmen had reportedly burnt a police truck during the attack which occurred in the early hours of the day.

A resident of the area, Ebere Ugwuoke, mentioned to Newsmen that they heard heavy gunshots early in the morning at a junction in the area, but were scared to go out.

Ms Ugwuoke said many people gathered at the scene after the gunmen zoomed off.

“I didn’t see the gunmen. I just came out and saw a policeman lying dead and a police vehicle burning there,” Ms Ugwuoke said.

The police spokesperson in the state, Daniel Ndukwe, confirmed the incident.

Mr Ndukwe said the information about the incident was still sketchy. He promised to get back to our reporter as soon as he gets a report of the attack.

Enugu, like other states in Nigeria’s South-east, has witnessed an increase in deadly attacks lately. Some unknown gunmen had also recently killed two police officers in Mkpamte Community, Igbo-Eze North Council Area of the state and arsonists, who have been believed to be enforcing the illegal sit-at-home order in the South-east had also recently burnt down a truck laden with cement in the Nsukka area of the state.

The state governor, Ifeanyi Ugwuanyi, recently banned the operations of motorcycles and tricycles in some local government areas to check the frequent attacks in the area. The government later lifted the ban following public outcry, and assurances from leaders of the transport operators to assist the government in bringing an end to the attacks.

The attacks, mostly targeted at security officials and government facilities, have been attributed to outlawed Indigenous People of Biafra (IPOB) which is agitating for a sovereign state for the Igbo-speaking people in the South-east