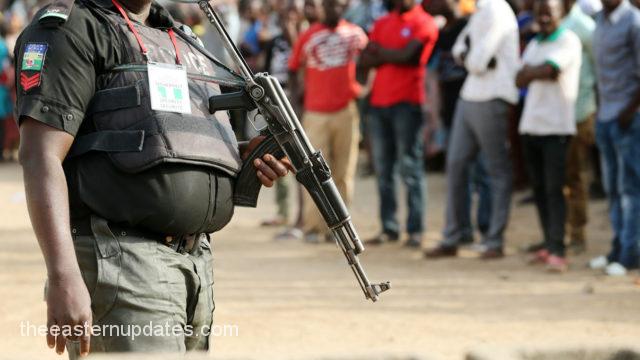 The Umuopara clan ladies demonstrated in the monarch’s palace yesterday over the kidnapping and ongoing detention of Prof. Uwadinachi Iweha, a native of the area, since June 5 of this year.

He appealed to the state government and the security agencies to ensure the rescue of the septuagenarian and to address other security challenges that have ‘thrown the entire country into panic.’

A statement by the son of the provost of the Medical College of Gregory University, Uturu, Engr Chukwudi Iweha indicated that his father was abducted around 11:45 am in front of his house while he was preparing for a function.

Read Also: There Is No APC In Abia State Without Me – Ogah Boasts

According to Iwela Jr, who signed the statement on behalf of the family, ‘Ransom was paid the next day, but till today our father has not been heard from nor has there been any communication with his abductors.’

‘As a family we are not able to discern the motive behind this act or to even point any accusing fingers at anybody. We have our trust in God that He will return and be reunited with us in good health,’ he said.

‘We appeal to the media to create further awareness of our painful and traumatizing situation, with the hope that anyone with information will come forward and it will lead to the rescue or release of our father,’ he added.

Similarly, the president of the women, Chief Salley Ukuwa, represented by the vice president, Dame Victoria Asomugha, said they had been in deep sorrow since the incident. ‘We demand his immediate release alive,’ she said.

It would be recalled that about one week after the abduction, the state chapter of the Nigerian Medical Association (NMA) led by Dr Chimezie Okwuonu protested at the Government House and backed it up with three days strike.