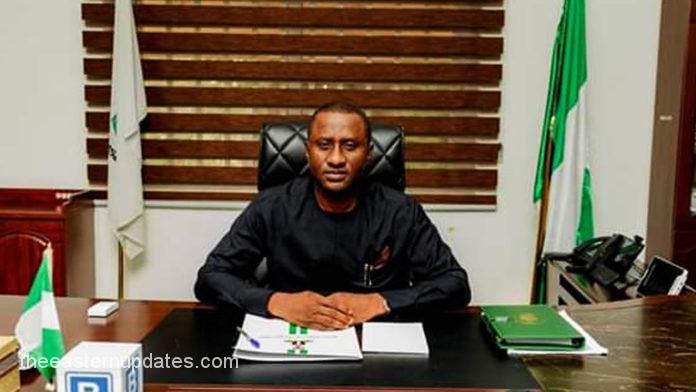 The supremacy tussle which has been plaguing the Abia State chapter of the All Progressive Congress, APC, has shown that it would not be abating anytime soon as one of the gladiators, and the immediate-past Minister of State for Mines and Steel Development, Dr Uche Ogah, has openly insisted that he is the authentic Leader of the party in Abia.

Ogah who had talked to newsmen in Umuahia that without him there was no APC in Abia, accused Emenike’s loyalists of peddling lies in the name of the National Chairman of APC, Senator Abdullahi Adamu.

The former Minister who spoke on the heels of a media report after a meeting between Adamu and APC stakeholders from Abia, claimed that the party’s National Chairman never accused him of instigating crisis in the party contrary to media reports.

He had also accused Emenike’s loyalists who attended the said meeting of misrepresenting the National Chairman in their desperation to malign him and mislead the public.

Adamu was quoted as describing the Abia APC crisis as “the most toxic in the country”, and allegedly criticised Ogah for “leading a dissident group in the party despite a reconciliation at Ntalakwu”.

The National Chairman was also quoted to have advised Ogah “to humble himself and work with the governorship candidate of the APC in Abia, Ikechi Emenike, to ensure victory for the party in the forthcoming 2023 general election”.

Both Ogah and Chief Ikechi Emenike emerged as governorship candidates of the party in a parallel primary, a development that has been a subject of litigation.

Ogah insisted that contrary to claims by Emenike’s loyalists in the “misleading media reports”, Adamu never lambasted him but rather told the group at the meeting to return to Abia and settle their differences and never bring Abia matter to Abuja again for settlement.

He further claimed that the group never had audience with the National Chairman himself but the National Vice Chairman South, Chief Emma Enukwu, who “they said stood in for the Chairman.”

The former Minister rather claimed it was Emenike “that the National Chairman lambasted and said that he has been creating problem in Abia APC since 2014”.

His words:” The Chairman tongue-lashed them and said that they should stop coming to Abuja to see him but go home to Abia and campaign and make sure APC is delivered.

” They misinterpreted the National Chairman and peddled lies in his name.

“The so -called committee was a group of people loyal to Emenike because the main APC group which is my group was not part of the committee. So, what are they reconciling?

“They just went to Abuja and ambushed the Chairman and he warned them never to come to Abuja again but go home and do local politics.

“You can’t talk of APC in Abia without me. The Chairman knows this and that is why if he wants to call a meeting he will call me”.

Ogah urged his supporters not to fret but remain unfazed by the media propaganda, expressing optimism that the pending suit in the court will be decided in his favour.

” My supporters should not panic; there is no cause for alarm. Our case is very strong and we are sure that victory will come”.