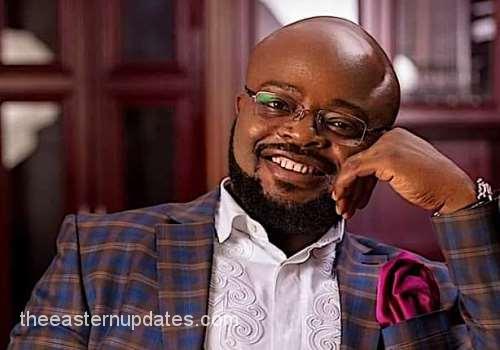 Ifeanyi Chukwuma Odii who is the Peoples Democratic Party (PDP)’s governorship candidate in Ebonyi has revealed that he will be utilising the creative industry to create wealth and develop the state’s economy.

Mr Odii said this on Saturday in Abakaliki during the launch of this year’s August Meeting, organised by Ebonyi Women’s League (EBWOL) to enlighten women on political participation.

He explained that he would pursue four major programmes of action, including human capital development and wealth creation, when elected.

“When we come on board in 2023, we shall go beyond 35 Affirmative Action for women. We will increase the empowerment for our women. When you empower a woman, you have built a nation,” Mr Odii stated. “A new dawn has come to Ebonyi, and the people will not remain the same again when I emerge as governor.”

He further promised to promote girl-child education in the state.

“Dr Ngozi Okonjo-Iweala is now known all over the world because she had education,” he said.

The governorship hopeful also assured his supporters that PDP would have a landslide victory at the polls.

In another report, The Independent National Electoral Commission (INEC), has reportedly acknowledged Mr. Edward Nkwagu as the credible candidate of the Labour Party (LP), ahead pf the 2023 governorship election.

The Eastern Updates recalls that Nkwagu was elected by the leadership of the Labour Party, LP in Ebonyi State on August 2, 2022.

But, the federal High court sitting in Abakaliki capital of Ebonyi State, on the 3rd of August 2022 declared the primary election that produced Nkwagu as the gubernatorial candidate null and void.

He called on the members of the Labour Party in the state not to panic, saying the Independent National Electoral Commission, INEC has acknowledged the outcome of the primaries and the candidature of Nkwagu.

Facebook
Twitter
WhatsApp
Email
Telegram
Previous articleNPFL: Onuh Hinted As Replacement For Amapakabo In Abia Warriors
Next articleThere Is No APC In Abia State Without Me – Ogah Boasts