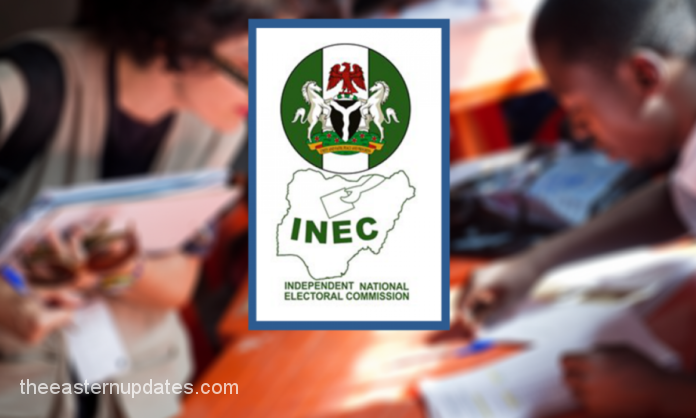 The Independent National Electoral Commission (INEC), has reportedly acknowledged Mr. Edward Nkwagu as the credible candidate of the Labour Party (LP), ahead pf the 2023 governorship election.

The Eastern Updates recalls that Nkwagu was elected by the leadership of the Labour Party, LP in Ebonyi State on August 2, 2022.

But, the federal High court sitting in Abakaliki capital of Ebonyi State, on the 3rd of August 2022 declared the primary election that produced Nkwagu as the gubernatorial candidate null and void.

He called on the members of the Labour Party in the state not to panic, saying the Independent National Electoral Commission, INEC has acknowledged the outcome of the primaries and the candidature of Nkwagu.

He said, ‘On the recent Federal High Court Judgement, we, therefore, call on supporters of OBI/EDON 2023, and entire Labour Party members in Ebonyi State not to be discouraged as the party and INEC has acknowledged the outcome of the primaries and the candidature If Arc. Nkwagu, It is part of politics,’ part of the statement read.

The Obi/Edon support group expressed gratitude to God for the victory of Nkwagu, describing him as the credible alternative as the 2023 Labour Party governorship candidate in the state during the official substitution primaries conducted by the national leadership of the party in Abakaliki.

The members of the group noted that Nkwagu as an industrialist, has many estimable proposals for the Ebonyi people, to lift them out of poverty in considering his antecedents.

“Edon is a humble, peaceful and God-fearing man, his political structure since 2015 is still intact and aggressively prepared for 2023 general elections,” the group added.

The group applauded the efforts of the Independent National Electoral Commission, INEC, security agents, and Labour Party executives both at the State and National levels for their contributions to ensuring a hitch-free exercise.

The group maintained that Nkwagu remains the Labour Party governorship candidate, describing him as the best fit for Ebonyi State in 2023.

“Remember, for a man to achieve success in life, he must meet a stumbling block. We must win the battle in the end. Edon is the governorship candidate of the Labour Party in Ebonyi State, support him for a better Ebonyi. Edon is the best gubernatorial candidate for Ebonyi State in 2023,” the group concluded.