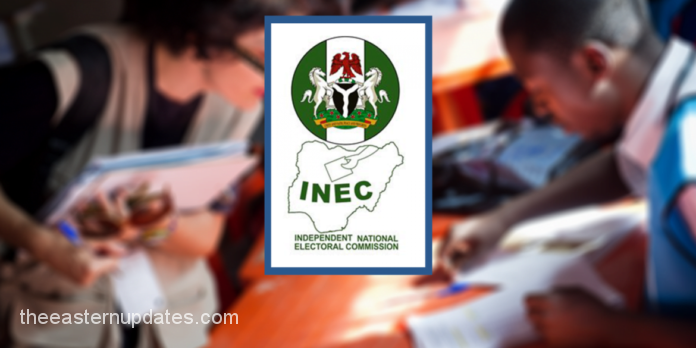 While taking some measures to prevemt a repeat of the dastardly attack on some of their officials in Enugu State, the Independent National Electoral Commission (INEC) has finally announced a suspension to the Continuous Voter Registration (CVR) exercise in a local government in Enugu State following a brutal attack on its officials.

The unnamed officials of the commission had been attacked by gunmen on Wednesday at a community primary school in Umuozzi Ward 19 of Igboeze North Local Government Area of the state.

While no casualty had been recorded, the national spokesperson of the INEC, Festus Okoye, said staff members sustained different degrees of injuries as a result of the attack.

He had also revealed that the commission also lost two of its registration machines while staff involved in the attack lost personal belongings.

“The gunmen fired sporadically into the air to disperse registrants and registration officials. In the ensuing stampede, one of our staff sustained injuries and is receiving treatment in a hospital.

“However, two voter registration machines and personal items of the staff such as mobile phones were lost,” he narrated.

“Consequently, Ward level registration of voters in Igboeze North is hereby suspended,” Mr Okoye said in a statement on Thursday.

Wednesday’s attack is the second on the INEC branch in the Igboeze North LGA of Enugu State in July.

Yet to be identified arsonists on July 3 attacked the commission’s office in the same LGA before setting the facility on fire. The arsonists forced their way into the premises after overpowering security guards on duty.

No casualties were reported but 748 ballot boxes, 240 voting cubicles, office furniture and equipment were destroyed in the inferno created by the arsonists.