HomeFeaturesDetails Of Gunmen Attack On INEC Officials In Enugu
Features

Details Of Gunmen Attack On INEC Officials In Enugu 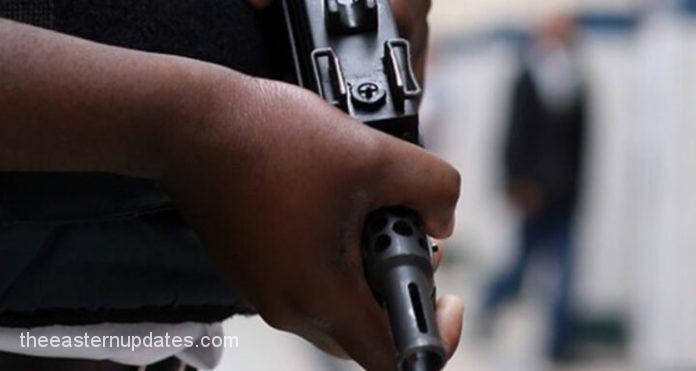 In a sad development, the Independent National Electoral Commission, INEC has on Thursday announced that some yet-to-be-identified gunmen had stormed and attacked some of its officials in Igboeze North Local Government Area of Enugu State.

The INEC Chairman, Information, Voter Education Committee, Festus Okoye, who had confirmed the development in a statement, had also revealed that one of the commission’s staff was injured and is currently hospitalised.

Okoye said the officials were attacked while on the Continuous Voter Registration exercise at a Community Primary School Umuopu in Umuozzi Ward 19 in Enugu State.

“The gunmen fired sporadically into the air to disperse registrants and registration officials. In the ensuing stampede, one of our staff sustained injuries and is receiving treatment in a hospital,” the statement read.

“Two voter registration machines and personal items of the staff such as mobile phones were lost.

Okoye, however, said the Commission has reported the incident to police authorities in the state.

Governor Ugwuanyi, who was received at the location by the member representing Igbo-Eze North/Udenu Federal Constituency, Hon. Engr. Simon Atigwe, the Chairman of Igbo-Eze North LGA, Hon. Engr. Ejike Itodo and the Enugu North Senatorial District Vice Chairman of the Peoples Democratic Party (PDP), Nze Michael Onyeze, among others, went round the building to ascertain the level of damage at the INEC facility.

The governor thereafter shortly went on to inspect the council area where he assessed and interacted with the residents on the need to continue to encourage and support the security agencies to safeguard life and property.

The Independent National Electoral Commission (INEC) had last week confirmed the news that some hoodlums had attacked and burnt down its office at Igboeze North Local Government Area of Enugu State.