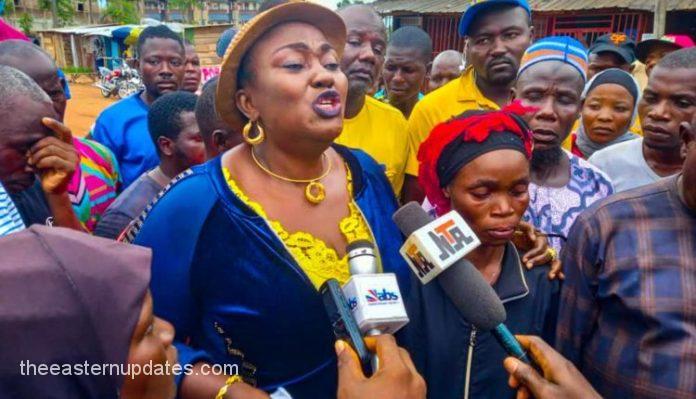 Hausa community in Anambra state has commended Governor Charles Soludo for his initiative and measures deployed within this period of turmoil, especially in the murder of Harira Jibril, her four children, and others.

The community also expressed their appreciation to the governor for paying a condolence visit to the husband of the slain woman, Mr. Jubril Ahmed, in Orumba South local government area.

Yushau through his Secretary-General Arewa Community, Anambra state, Barr. Mahmud Ibrahim imam, called for calm and urged all to embrace peace for the betterment of the country.

He said, ‘In view of the events of horrible experiences we encountered as a result of activities of some few criminals within the state which our members were severely affected, to the extent of some of us lost their lives including a lady and her four kids.

‘Governor Soludo took a drastic action within 24 hours, such as the imposition of curfews in some local government areas and also banning of operations of motorcycles, Keke and mini-shuttle busses in the affected area councils.

‘The humane gesture of his Administration by condemning the killings that occurred on Sunday last week and worthy of note is the delegation sent headed by Hon Commissioner for Information, Paul Nwosu his counterpart of Women Affairs, Mrs Ifeyinwa Obinabo and the Governor’s Chief Press Secretary, Mr Christian Aburime to the bereaved families, especially the family of late Harira they sent the governor’s condolences to her husband and other family members present in the state.

‘The state governor also vowed to fish out the perpetrators, and he equally declared that any Bush or house or any community found to be harboring criminals would be dealt with.

‘All in furtherance to tackle the situation as well as to avoid further spreading of the activities of the unknown gunmen in our peaceful state and the country in general.

‘Such action has exhibited the examplary nature of Soludo’s quality of leadership as a patriotic Nigerian and also global citizenship of his status.

‘He has indeed proven to be a leader for all regardless of ethnic or religious consideration. He also gave money in the form of assistance to the families of the deceased.

‘We join hands to console the family of Jibril and other families affected in the state. We by this release call to cease fire and embrace peace for the development of our country Nigeria.

‘We will remain law-abiding citizens and pray for the unity of our country Nigeria.’