HomePolitics2023: I Have Not Joined Labour Party, Ekweremadu Clarifies
Politics

2023: I Have Not Joined Labour Party, Ekweremadu Clarifies 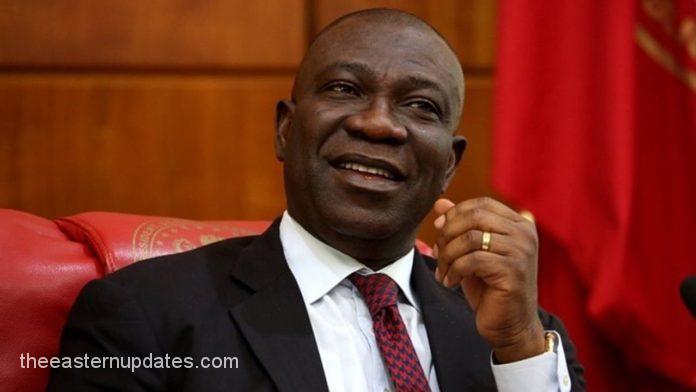 Former Deputy Senate President, Senator Ike Ekweremadu has debunked viral reports that he has defected to Labour Party ahead of next year’s general elections.

There was rumour on Friday that the Senator, who withdrew from the Peoples Democratic Party (PDP), governorship primary election in Enugu State, has moved to the Labour Party.

But when contacted, his media aide, Mr. Uche Anichukwu told The Eastern Updates that it was absolute falsehood.

He equally issued a terse statement urging the members of the public to disregard the report.

The statement reads, ‘Our attention has been drawn to an online misinformation to the effect that former Deputy President of the Senate, Senator Ike Ekweremadu, has joined the Labour Party.

‘This is false and should be disregarded.’

Meanwhile, former Anambra State Governor, Peter Obi has explained why he joined the Labour Party days after announcing his exit from the Peoples Democratic Party (PDP).

He is expected to contest the presidential primary on the platform of his new party.

“I thank all Nigerians, especially our youths who have joined me in the mission of taking back and reuniting Nigeria,” Obi said in an announcement on his verified Twitter handle.

‘This project is yours and for the future of your children. I am just a facilitator.

‘Since I resigned from the PDP because of issues that are at variance with my persona and principles, I have consulted widely with various parties and personalities to ensure we do not complicate the route to our desired destination.

‘For me, the process of achieving our goal is as fundamental as what one will do thereafter.

‘Therefore, I have chosen a route that I consider to be in line with our aspirations and my mantra of taking the country from consumption to production; and that is the Labour Party which is synonymous with the people, workers, development, production, securing and uniting Nigerians as one family.