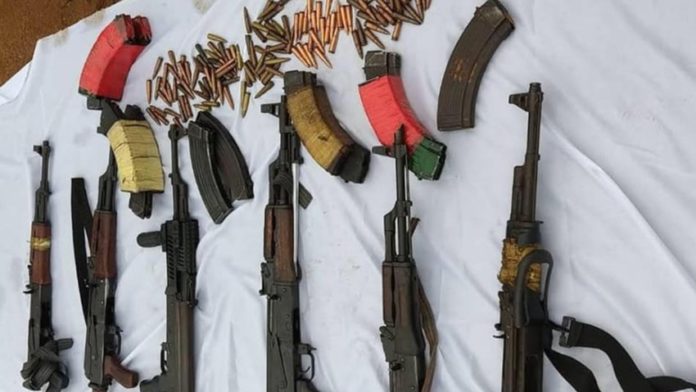 Although there were conflicting accounts of what actually transpired, about nine persons were reported killed and property touched by the attackers. eyewitnesses said that some cattle were also killed.

Sources from the area which spoke to newsmen said that the Downtown area where the incident happened was populated by the students of Chukwuemeka Odumegwu Ojukwu University, Igbariam. They said that some herders also live in the area.

The palace of the traditional ruler of Ifitedunu community in Dunukofia, Igwe Emeka Ilouno, was set ablaze by yet to be identified arsonists.

Confirming the Awkuzu development, the Police Public Relations Officer in the state, DSP Ikenga Tochukwu, said in a statement that the attackers were yet to be identified.

He confirmed the burning of Igwe Ilouno’s palace but could not give details of what transpired.

He said that the Commissioner of Police, Monday Kuryas, had ordered for the immediate deployment of police to Awkuzu to beef up security.

‘CP Monday Bala Kuryas has ordered the immediate deployment of the Command’s operational and intelligence assets to identify and apprehend the unknown armed men, who violently attacked Ukpomachi village, Awkuzu in Oyi LGA of the State, in the early hours of 26th, April 2021.

‘Meanwhile, a crack team of police operatives of the command, led by an Assistant Commissioner of Police, have visited the scene and conducted on-spot-the assessment of the incidence and have successfully restored normalcy in the area and adequate security emplaced to forestall further occurrence.

‘The assailants, said to be armed with machetes and other dangerous weapons, invaded the village in their numbers and attacked the residents, resulting in the death of nine (9) persons (whose identities are yet unknown), injuries on some others as well as destruction of buildings and livestock.

‘To this end, the CP, while reassuring Ndi Anambra, particularly people of the community, of the Command’s resolve to get to the root of the incidence, has called on them to remain calm and volunteer useful information that will enable the police and other security agencies collaboratively handle and bring the situation to a logical conclusion.’