HomeFeaturesSuit Against UNN: Count Us Out - Enugu Community
Features

Suit Against UNN: Count Us Out – Enugu Community 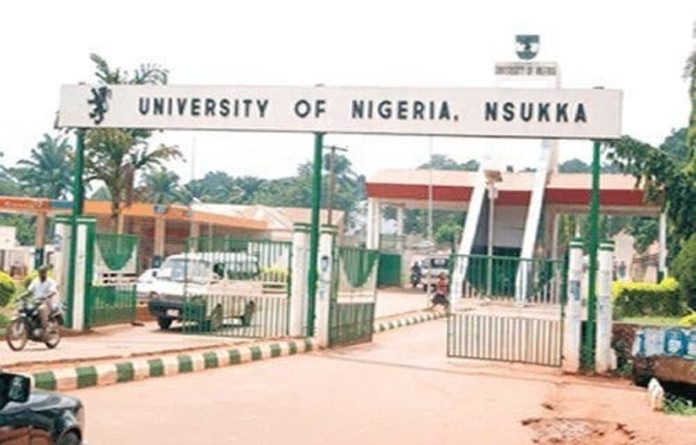 The traditional ruler of Ejuona Obukpa autonomous community, in Nsukka Local Government Area of Enugu State, Igwe Matthias Ezea, has said that his community has no hand in a suit filed against the University of Nigeria, Nsukka (UNN), which was claiming ₦100m damages.

The controversial suit was purportedly instituted by one Hon. Nnaemeka Aleke.

The monarch made this clarification to newsmen in Nsukka shortly after the community meeting. He described the action of Aleke as a deliberate attempt to tarnish and blackmail the good image of the community.

He said that the briefing was to let everybody know that Aleke was on his own in that suit as he was not authorized by the community to file any suit against UNN and Viagem Property and Investment Limited, the contractor constructing students hostel for the university.

According to him, ‘there was no time the community contemplated or discussed the issue of dragging UNN and her contractor to court since there is no quarrel between the community and the university.

‘Since 1960 UNN was established, we have been living peacefully with the university community as one of their host communities, enjoyed good working and cordial relationship with them.’

The traditional ruler who frowned at recent publications by Aleke in some sections of the media claiming that he filed the suit against UNN on behalf of Ejonuna community described the suit as an embracement.

‘The plaintiff is acting on his own; the claim that he filed the suit on behalf of the community is unfounded; we don’t have any issues with UNN; the ₦100m damages he is claiming is for himself not for the community,’ he said.