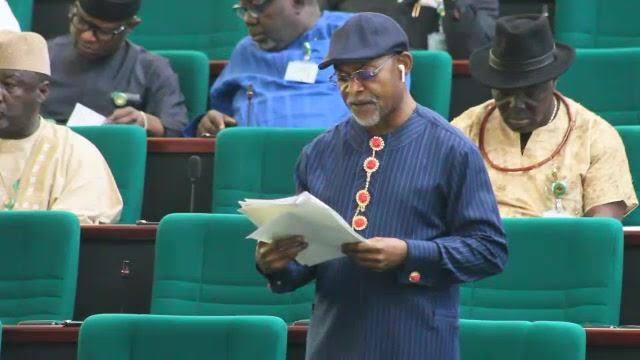 A Lagos-based commercial banker and the Account Officer of the late House of Representatives member, Hon. Ossy Prestige has narrated how former governor of Abia State, Dr. Orji Uzor Kalu came to the aid of the late lawmaker when he was in dire need.

The first-generation banker preferred to speak anonymously for fear of being sacked, narrated that while the late Hon. Prestige’s health deteriorated in London hospital late September last year, he was to be transferred to Germany hospital for proper attention, it, however, became difficult as a result of paucity of funds.

The German hospital had demanded an initial deposit of $35,000 or its equivalent before treatment could be commenced on the lawmaker who had now departed.

According to the banker, the late lawmaker reached out to Sen. Kalu, the Senate Chief Whip who was also in constant touch with him since he took ill and hospitalized.

According to him, few hours after the Abia North Senator received the appeal, he instructed a top management staff of his shipping company in Apapa Lagos to make available the sum of $50,815 to enable late Ossy Prestige to commence his treatment in the German hospital and take care of his personal needs.

The banker who said he personally processed the transaction said the late Ossy Prestige was surprised to receive the said amount from Sen. Kalu, saying the Abia North Senator and the Speaker House of Representatives were the only politicians that came to his aid when he was in need.

He said the late Ossy Prestige told him in confidence that politicians like Sen. Kalu who do not bear grudges against people are few and should be respected.

Recall that the late Aba North/South federal constituency representative had in 2019 contested under the platform of APGA against a younger brother of Sen. Kalu, Mascot Uzor Kalu of the APC.

On why he is revealing this information, the banker said he is disappointed that the Abia State governor, Dr. Okezie Ikpeazu has suddenly decided to make a pledge of N10m for the education of the son of late Ossy Prestige when he did not show similar concern to their father while he was battling to save his life.