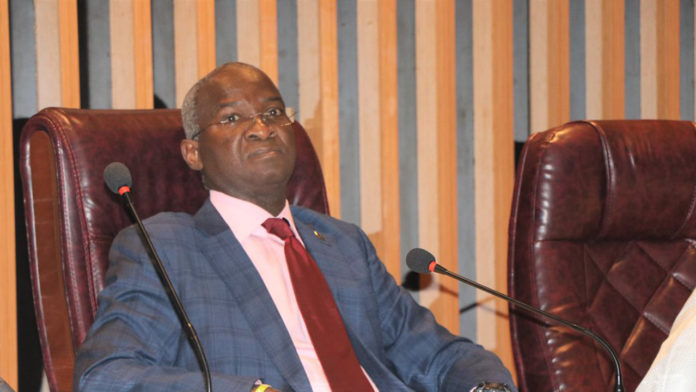 The Igbo group called on the Minister of Works, Babatunde Raji Fashola to resign for allegedly undermining most of the Infrastructural projects approved by the Federal Executive Council(FEC), for execution in the region.

Ohanaeze youths lamented the pains commuters suffer while plying the dilapidated roads in the region, calling on President Muhammadu Buhari-led federal government to take urgent steps in fixing the roads for easy transportation of agricultural products as it has given motorists undue advantage in hiking transportation fares.

OYC made its position known in a release signed by its President-General, Mazi Okechukwu Isiguzoro on Saturday

According to OYC press release, ‘It has come to the knowledge of Ohanaeze Ndigbo Youth Council(OYC) that there are attempts to sabotage the approval for the dualization and rehabilitation of deplorable roads by the Federal Executive Council, FEC during it’s a valedictory session held in May 2019.’

‘The bad state of these roads have given some motorists undue advantage whereby hiking transportation fares in the conveyance of agricultural products. The most significant of these roads is the Aba axis of the Enugu-Port Harcourt Highway which has made the popular Ariaria International Markets inaccessible and impassable. We also call on Mr. President as Igbo leadership, as a matter of urgency, to let work commence on these roads to avert any protests around the corner. Also, Fashola should resign immediately or the Minister will be made to face legal action for undermining those approved dualizations and rehabilitation of dilapidated federal roads in the South-East geopolitical zone.’