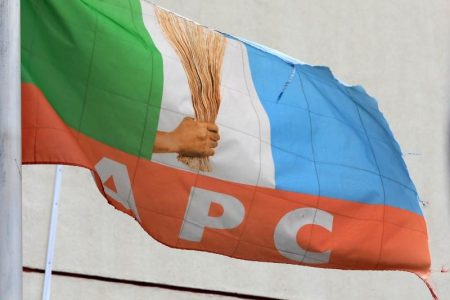 The national leadership of the All Progressives Congress, APC late on Thursday stepped in to clear controversies after two panels of the party produced two different winners for the Imo North Senatorial primary.

Senator Ifeanyi Ararume was declared winner of the primary in a near coup reportedly with the backing of Senator Rochas Okorocha.

However, the move was quickly checked by the national leadership of the party which upheld the emergence of Frank Ibezim, a close associate of the minister of state for education, Emeka Nwajiuba.

Ibezim was also strongly backed by Governor Hope Uzodinma who seemed to have succeeded in the bid to stop Ararume from joining Okorocha in the Senate to fight his ascendancy at home.

The controversy broke out after the two factions of the party in the state conducted parallel primary elections.

The national leadership of the party was, however, forced to weigh in by quickly affirming that it would recognize the primary conducted by Senator Ajibola Bisuriu which was sent by the national caretaker committee.

Announcing the results at the Okigwe Local Government Council,  the chairman  of the APC Primaries Committee, Senator Bisuriu said Ibezim polled 13,637 votes to emerge winner over Ararume who polled 2,708.

That was despite the fact that Ararume was not a participant in the primary conducted by Bisuriu.

The sister of the immediate past senator, Senator Ben Uwajumogu who died last December triggering polled 1,051 votes despite her loud campaign to takeover the seat.

Others were Bright Nwachukwu 67; and Ihim Acho 824.

In the parallel primary conducted by  the Chairman of the APC Primary Election Committee for Imo North, Umar Gana Nguma, at the collation centre in Onuimo Civic Centre.

According to Nguma, Araraume scored the highest votes of 22,944 votes while Chidinma Uwajumogu came a distant second with 3,757 votes.

Nguma said the result was a collation of the direct election held in all the wards within the six council areas in the senatorial district.

Meanwhile, the party stepped into the controversy late on Thursday when it affirmed that it would recognize only results sent in by the Senator Bisuriu panel.