Ebonyi: Plot To Traffic Orphan To Ghana By Uncle Aborted 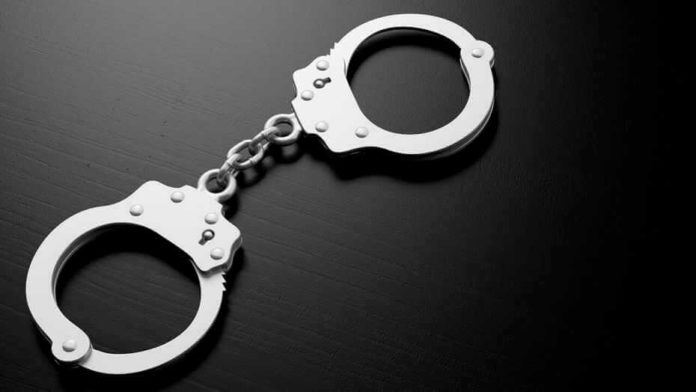 The long arms of the law caught up with an evil-hearted uncle of three orphans, whose mother was buried last week, when he wanted to traffic the eldest of the children to Ghana, perhaps into a life of servitude.

The three siblings, indigenes of Enyingba community in Abakaliki council area of Ebonyi, were said to have lost their father in 2018, while their mother also died in 2020, and was buried just last Friday.

It was learned that they had lived with their late parents in the Ezeagu Local of Enugu State.

The said uncle, whose name was not given, was said to have entered into a Memorandum of Understanding, MoU, with a family, close to the late kids’ parents, which offered to help take care of their education. But the said uncle decided not to release the eldest, to join the two in Enugu, because he would not want what allegedly happened to their father to happen to him.

“The children’s parents have died and they are orphans as we speak. Their father first died two years ago and their mother later died this year. The burial was held last week. They are from Enyigba community, Abakaliki Local Government Area, Ebonyi State. The husband was from Enyigba, while the wife was from Amachi, all in the Abakaliki council.

“These children, when their mother was ill, their grandmother joined them from the village to Enugu State, where they were living. They were staying with their maternal grandmother until their mother died.

“The woman even went ahead to open a scholarship trust fund for the kids, so that while staying with their grandmother, they can be going to school. This was a promise the woman made to their late mother before she died, while they lived together on the same street in Ezeagu area of Enugu State.

“But there is a relative of this woman who wants to help these kids go to school, that resides in the UK, who keyed into this promise and enrolled the kids into a private school in Enugu. This has been going on smoothly.

“But there is a so-called uncle of these children, who all of a sudden appeared from nowhere and said there should be an agreement that the kids’ grandmother should be with them in Enugu in case anything happens and that a Memorandum of Understanding should be reached to this effect, which was done. But along the line, the uncle changed his mind, because he had an ulterior motive. He said the eldest of the kids would not join his two siblings and grandmother in Enugu again.”

“However, the reason we got to find out, was because he planned to traffic the eldest child of the siblings to Ghana, while claiming that one of their relations is resident in Ghana, who can take care of him.

“It was at this point that the lawyer to this Enugu family wrote to Ebonyi State Ministry of Women Affairs and Social Development. Then the Ministry went to the kids’ village and demanded that the child be made available to the Ministry, but the man refused.

“But he later succumbed to the pressure of the ministry and produced the boy and handed him over them. However, if you ask me, I would say that any decision that must be taken must be in the best interest of the kid.”

Efforts to reach the Director of Child Protection, Ebonyi State of Women Affairs and Social Development were not successful.