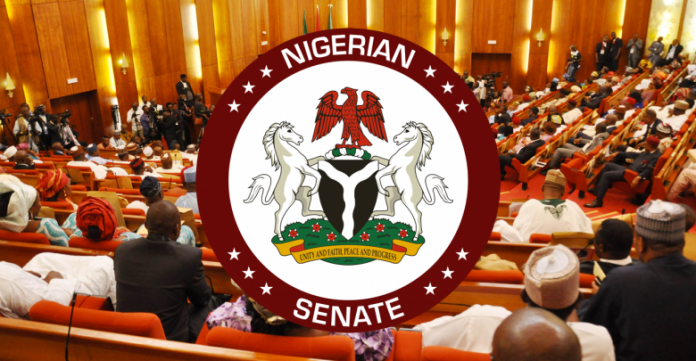 The long-contested  Imo North, otherwise known as Okigwe Senatorial Zone senatorial elections have long made waves in the media. Not because it is different from other senatorial elections, it is making waves because of the circumstances and the individuals involved in the election.

The electoral umpire, the Independent National Electoral Commission (INEC), recently declared the race open. Expectedly, many gladiators have thrown their hats into the ring, hoping that the pendulum would kindly swing to their side. However, the race is more than just hope. It is about both contacts and capacity to deliver; believably and provably so.

Uwajumogu, who was buried some months back in his home town, Umuihi, Ihitte Uboma Local Government Area, was first elected into the Red Chambers in 2015 and he was re-elected last year on the platform of the All Progressives Congress (APC).

Close scrutiny of those aspiring to take up the seat vacated by the late Senator Benjamin Uwajumogu in the ruling All Progressives Congress (APC) shows that they are made up of different strengths and weaknesses. In fact, they are all qualified to run and none could be tossed aside just like that.

While Senator Ifeanyi Araraume, a two-time senator for the zone (1999-2007), has begun mobilisation to re-launch himself into the upper legislative chambers, Chief Ikedi Ohakim, a former governor of the state, has not hidden his ambition to succeed the late Uwajumogu.

Both Araraume and Ohakim are from Isiala Mbano Local Government Area.

A businessman and a former senator, Chief Athan Nneji Achonu, is also oiling his political machinery for his return to the senate. He spent  only one year in the Senate before the Appeal Court upturned his victory in favour of the late Uwajumogu. Achonu is from Ehime Mbano LGA.

Araraume who contested the 2019 governorship election on the platform of the All Progressive Grand Alliance (APGA) is said to be on his way back to the APC from where he jumped the ship to the APGA at the twilight of the election. He is said to be enjoying the backing of Governor Hope Uzodinma, who he reportedly assisted to secure victory.

Expectedly, the gladiators have not relented in extending their olive branch to major stakeholders within and outside the zone to secure their blessing, including traditional rulers and religious leaders.

Nonetheless, a leading contender, Sir Frank Ibezim, SF, doubtlessly, stands out as the man to beat in this election. That is why all eyes are riveted on him and co-contestants are already jittery with the groundswell support trailing him. He stands a great chance to win not only the APC primaries but also the main election on October 31.

Interestingly, the state governor, Hope Uzodinma, had advised the people to consider adopting a consensus candidate so as to avoid acrimonious primaries because of the teeming number of contenders. The people welcomed the idea, resulting in the setting up of the panel on that.  The panel concluded its task and showed that Ibezim did not only dust the other 12 co-aspirants but, interestingly, it was the other aspirants that gave him the majority votes in a rather novel arrangement by the nine-member consensus panel, led by Cosmos Iwu, Secretary to the Imo State Government. Therefore, Ibezim’s endorsement by his opponents is nothing but a vote of confidence in him as the right man ordained to represent Imo North in the Red Chamber of the National Assembly.

Ibezim is not a rookie politician. However, his humble mien and disposition set him apart from the madding crowd of the usual politicians. He has remained himself, simple, unassuming and a man of integrity. He remains largely anonymous by choice yet impressively effective.

Ahead of the exercise, the opposing teams have started flexing muscles thereby putting the aspirants in a tight corner. At a meeting held in Government House, Owerri, convened by the Governor, The Eastern Updates learnt that few of the aspirants were not present while those available became afraid not to lose out if the other faction gets the upper hand.

Okigwe has a lot of agrarian potentialities and only someone versed in that area would bring them out. The zone needs a man that has what it takes to represent the people well. The job of representation is better when the man on the seat has the qualities required to lobby his colleagues to support his bills, motions and, more significantly, getting valuable projects to be sited in the area.

The stage is already set for the political gladiators, let the best ‘man of the people’ win.