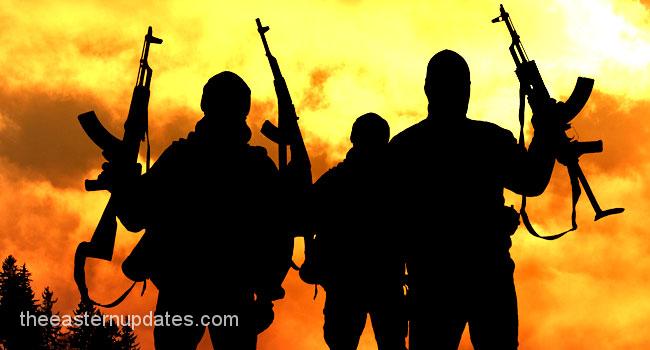 Some yet-to-be-identified gunmen on Friday killed a former Commissioner for Rural Development in Enugu State, Hon. Gab Onuzulike as well as his brother.

A video presently circulating on social media showed the gruesome blood-soaked bodies of the victims, with residents wailing.

The incident occurred at Nkpokolo Achi while the ex-commissioner was returning from a burial ceremony.

An elder brother of the politician, L Elvis Onuzulike, who was with him, was also shot dead.

A source, however, told reporters that a team of security men gave the gunmen a hot chase, killed one of them and arrested another member of the gang.

The development has thrown residents of Oji River and its environs into tension.

In another report, there was turmoil in the Akokwa community in Ideato North council area of Imo State as some unknown gunmen had attacked and killed a Police Inspector and a Constable during a night attack that had been carried out on the Divisional Police Headquarters.

It had also been gathered that the gunmen also freed all the suspects who had been detained at the Akokwa police division.

A police source who pleaded for anonymity revealed to our correspondent that the gunmen numbering over ten had attacked the police division through its rear.

The source had also further revealed when the officers on night duty heard the sounds of rapid gunfire, that the inspector and the constable had headed for the rear exit of the station to escape, where the gunmen had set an ambush and gunned them down.