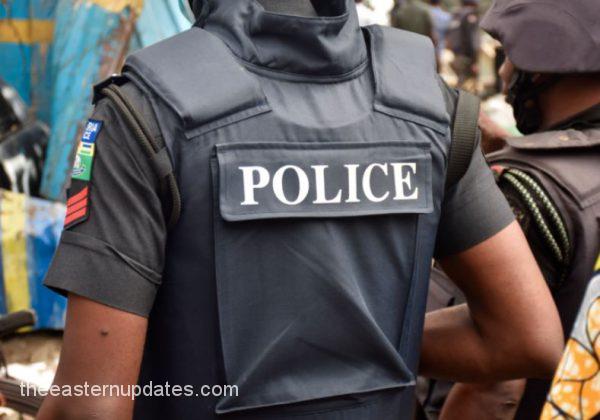 Aliyu Garba who is the Commissioner of Police Ebonyi State, on Friday confirmed the arrest of some suspected hoodlums who were allegedly responsible for the attack on officers on patrol and set ablaze their van at Nkomoro/Agba, a boundary between Ezza North and Ishielu LGAs of the state.

Garba made this known in a statement which was made available to The Eastern Updates by the Police Public Relations Officer, PPRO, SP Chris Anyanwu on Friday.

The statement reads in a part: ‘A police patrol team attached to Ezza North Divisional Headquarters, was ambushed while on patrol by a gang of hoodlums who shot sporadically at them.

‘But a quick response by the patrolmen got the hoodlums scampering for escape riddled with bullet injuries.

‘The aftermath of the encounter left a patrol vehicle burnt by the miscreants, but no life was lost on the side of the police team. However, two Policemen who sustained injuries as a result of the attack, are responding to treatment in the hospital.

‘It is pertinent to state that this is the first and only Press Statement emanating from Ebonyi State Police Command touching that callous attack.’

The Commissioner, however, said no police officer was killed during a gun battle between the police and the suspected hoodlums.

According to him: ‘It became miffed when the command’s attention was drawn to the fake news, claiming that two policemen were killed during the encounter.

‘I hereby debunk the claim that two policemen were killed. Also, I never confirmed any such fallacious report and others that replicated such falsehood.’

Garba further stated that none of our weapons was carted away by the hoodlums. The tactical teams of the Command have penetrated the area and have arrested a number of suspects who are helping out in the investigation. The outcome of the investigation will be captured in later updates