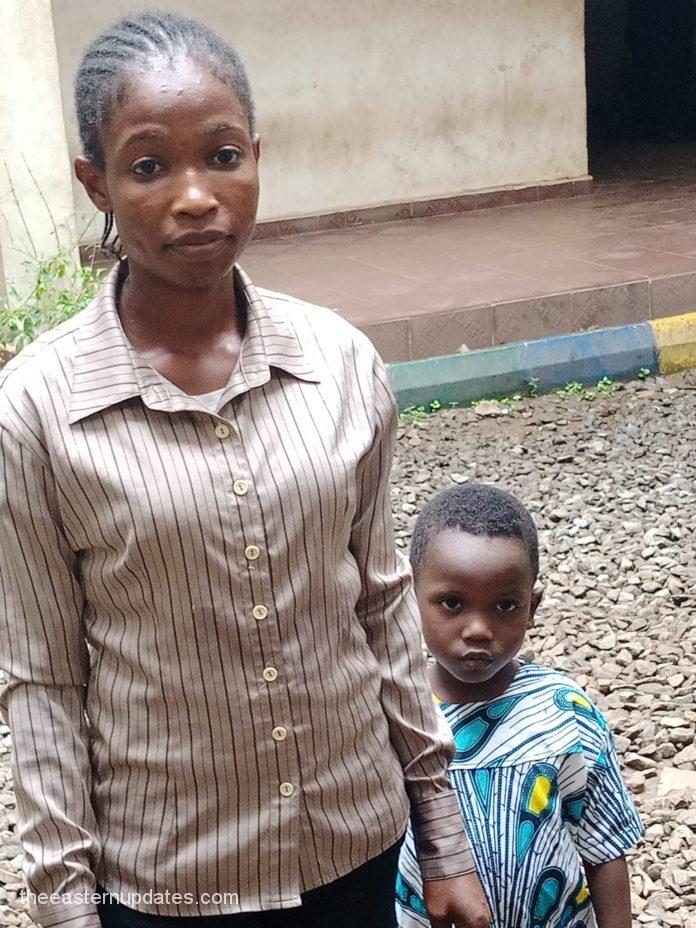 The Ebonyi State Police command yesterday rescued a 4-year-old boy, identified as Testimony, who was sold last year to a man whose name is yet to be identified in Enugu State.

The Eastern Updates gathered that the victim was stolen from the mother, one Theresa Nweke, who lives in Omuma community in Etche Local Government of Rivers State.

The Ebonyi State Commissioner of Police, CP. Aliyu Garba, who spoke to journalists in Abakaliki through the Police Public Relations Officer, PPRO, SP Chris Anyanwu, said the suspect, one Precious and her cohort who abducted the boy were arrested and confessed to the crime.

According to Garba: ‘We paraded a syndicate that specializes in kidnapping, stealing and selling children. One of them happens to be a little boy simply known as Testimony was stolen from Port Harcourt.

‘The suspect claimed that her mother is a nurse, however, we have contacted the mother of this little boy and she has proven beyond reasonable doubt that she is the biological mother of testimony, and we have handed the baby boy to her,’ he said.

Reacting, the mother of the boy,Theresa Nweke, said that the suspects were her neighbours in the same compound, whom she used to keep the baby boy with them while going to work.

She noted further that the suspect, Precious abducted the boy and later demanded for a ransom of N1.5million, which she later paid N50,000, and they refused to bring the boy back to her.

‘Precious called me on the phone saying that they have traveled and I asked her about my child, she said she traveled with him and if I needed my child, I should bring N1.5 million and if I didn’t bring the money, I should forget about the child.

Few days later, they called me and asked how much I have. I told them that I had only 50,000 naira; they sent in their account number and I paid the 50,000 naira, she noted.