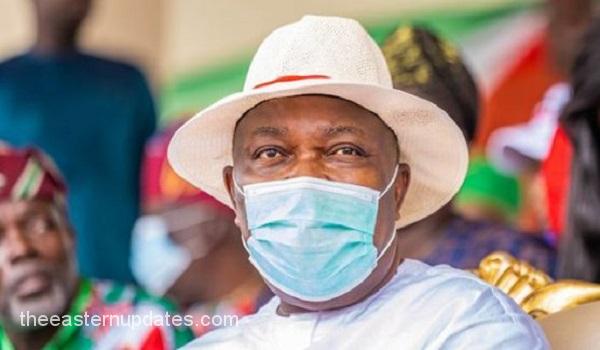 Igbo Youth Forum (IYN), an affiliate of Ohanaeze Ndigbo, has dismissed allegations levelled against Enugu State Governor, Ifeanyi Ugwuani, by the Movement for the Actualisation of the Sovereign State of Biafra (MASSOB), that the state has been left to decay under his watch.

A statement by IYM Secretary, Chuka Orji, described the accusation by Daniel Onyebuchi, MASSOB coordinator in the state, as misguided and baseless, and noted that Governor Ugwuanyi has been a leading light in Enugu State.

‘Let it be known to all lovers of truth that Ugwuanyi has been a leading light and practiced politics of morality which is the foundation for public decency and decorum. ‘Ugwuanyi came to office with an approach to public morality and has etched his name on the annals of positive history. Through the provision of democracy dividends to the people of the state and by a dint of high moral standards, he has made positive impacts dotting the length and breadth of Enugu State, and this has stood him out as a man of grace and good legacy,’ he said.

‘Onyebuchi should know that no amount of lies and propaganda can stop the imminent defeat of his paymasters at the polls. As things stand today, Ugwuanyi is primed to clinch his senatorial seat by the grace of God and no amount of mudslinging will stop him,’ he said.

He described MASSOB as a militant separatist movement whose aim is to foment trouble and destabilise the South East and Nigeria as a corporate entity.

‘Let it be stated that MASSOB is a known militant separatist movement which tried but failed in its quest to destabilise the South East and Nigeria as a corporate entity. It tried to drag the Igbo into another unnecessary civil war but did not succeed,’ he said.

He noted that Ugwuanyi’s track records of good governance in Enugu State are there for all to see, and added that IYM will not waste its time exchanging words with MASSOB members who he described as unschooled and untrained.