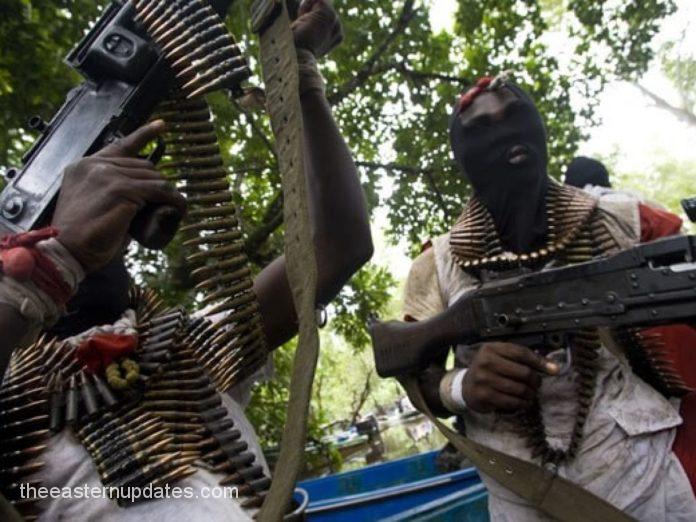 The monarch was kidnapped in front of one of his companies in Owerri, the state capital.

The victim who is the traditional ruler of Isiala Umudi community in the Nkwerre Local Government Area of the state was abducted on Friday at the high breed area of Owerri.

A close source told reporters that the traditional ruler was kidnapped in front of his office at Tetlow in Owerri.

He said that the abductors of the king had yet to establish contact with his family.

He said ‘The traditional ruler was kidnapped about 7pm Friday in front of his office at the ever busy Tetlow Road in Owerri.’

The police spokesperson, Michael Abattam, was yet to officially react to the incident.

In another report, about two weeks after they were officially declared missing upon leaving a wedding at Isiala Mbano Local Government Area of Imo State, gunmen suspected to be kidnappers have released two of the three victims.

The  Eastern Updates gathered that the victims who were kidnapped were Collins Alaefula, Mmadu Promise, and Victor Chibuike.

Brother to one of the victims, Fortune, told reporters on Saturday that his sibling, Promise and one other were released on Friday by their abductors.