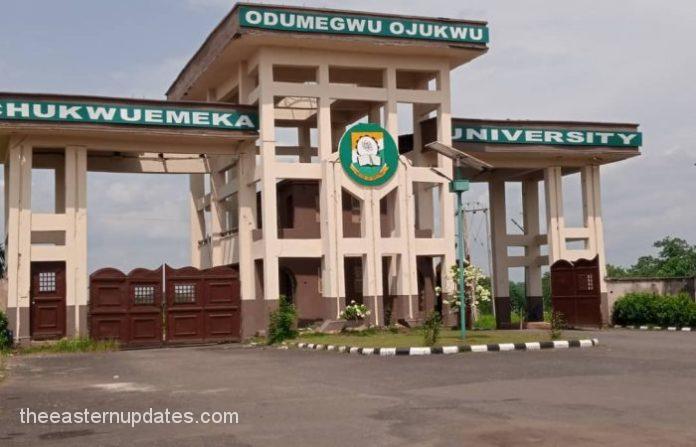 The Eastern Updates gathered from highly placed sources in the campus that the students were found dead in their hostel.

The students were identified to be 200 level students of the institution from various departments.

Read Also: Why COOU Will Not Join ASUU Strike – Chiaghanam

It is not clear the cause of death of the students, as some people within the campus have attributed it to murder, as they were locked in their room from outside.

The sources said: ‘The students were locked up in the apartment. When we got access to the apartment, we found them lifeless with two of them on their beds in the room, while the third lifeless body was found in the kitchen.’

Meanwhile, the management of the institution has confirmed the incident, saying that the death of the students came as a shock to it.

The Public Relations Officer of the institution, Dr. Harrison Madubueze in a press statement which was made available to The Eastern Updates said: ‘The university management received with rude shock the news of the death of three of our students. At the moment, the date, time and manner of their death are still uncertain.

‘However, the security operatives are investigating the matter and at the appropriate time, they will make the findings public.’

Madubueze stated that the university was not in any way aware that any of her students in the second year class and above were still within the University environment.

According to him, this is because the institution closed on Wednesday 24th August 2022 after the second-semester examination, and will resume on October 1st, 2022.