Why COOU Will Not Join ASUU Strike – Chiaghanam 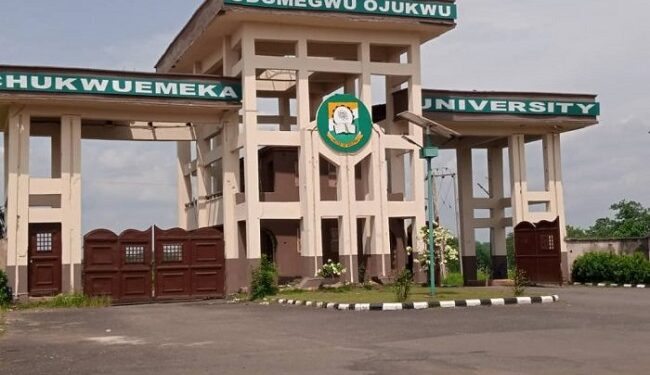 The Interim Chairman of the Progressive Academic Staff Union of Universities, Chukwuemeka Odumegwu Ojukwu University (COOU) Igbariam chapter, Prof. Osita Chiaghanam has explained why the institution will not join the ongoing national strike by university teachers.

Speaking in an interview with newsmen on Tuesday in Awka, Chiaghanam revealed that the university would not be part of any programme that do not have the highest good for the academic excellence of its students growth and development of the institution.

Chiaghanam said that the main mission of the institution is to ensure that students of the University complete their courses and graduate at the stipulated time.

‘We do not desire to see a breach in the academic pursuit of our undergraduate and post-graduate students and we yearn for a rapid growth and development of the institution.

‘We have a commitment to make our institution a world-class citadel knowledge, we are determined to fight for the progress of the school diplomatically without disruption of academic calendar,’ he said.

He said that the Progressive Academic Staff Union of Universities of the Chukwuemeka Odumewgu Ojukwu University is committed to restructuring of educational sector in their capacity.

‘We will not accompany any individual or group on a national strike that will not benefit no one at the Chukuwuemeka Odumegwu Ojukwu University.

‘We recalled the achievements of the Vice Chancellor of the University, Prof. Greg Nwokoby, which include promotion of staff as at when due, completion of the Academic Staff Union of Universities Secretariat, among other achievements,’ he said.

Chiaghanam said that the institution has no problem with the Academic Staff Union of Universities (ASUU) National.

He urged teachers at the institution to protect the university from Unions or activities that are threatening its stability and progress which has brought sanity to the institution.