HomeFeaturesPandemonium As Gunmen Abduct Hearse Driver, Others In Abia
Features

Pandemonium As Gunmen Abduct Hearse Driver, Others In Abia 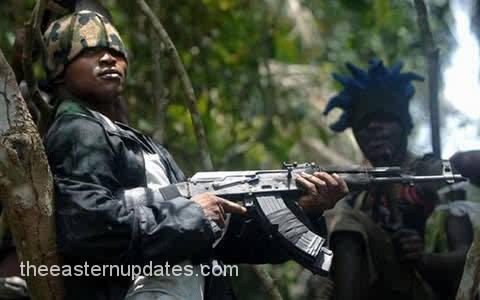 Some yet-to-be-identified gunmen yesterday intercepted a hearse which was conveying a dead body to Isuikwuato Community in Abia State, abducted the driver and others.

The gunmen were reported to have abandoned the dead body on the highway and taken their victims to their hideout inside the bush.

The incident, according to a source close to the family of the deceased, took place around the Umunneochi/Ihube Okigwe axis of the Enugu-Port Harcourt Expressway. The source said the victims were coming from Abraka in Delta State, when on getting to the scene of the incident, they were stopped by the bandits.

The source said: ‘The armed bandits waylaid the vehicle conveying the dead body and dragged out the occupants, abandoning the coffin in the vehicle on the road.’

The source, who said the deceased was his uncle’s wife, said the abductors whisked the victims, including the deceased woman’s daughter, another relation, and the driver of the hearse into the bush.

‘The woman’s daughter later escaped from the captors by providence, while the driver and the other man are still being held captive.’

He said the devastated family had recovered the abandoned dead body and deposited it at the mortuary.

‘We are in disarray. People bringing the body of my uncle’s wife today (Thursday) were kidnapped at the notorious Umunneochi-Ihube Okigwe axis. They took the victims away into the bush. We have gone to pick up the body and we have reported it to the police. We want the government to come to our rescue.’

The Abia State Police Command was yet to issue any statement on the incident.