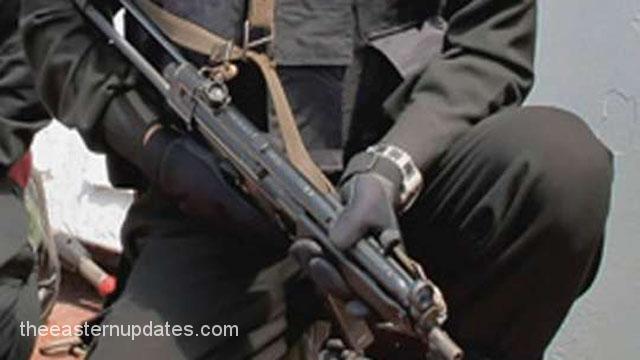 The Eastern Updates has reported that the whereabouts of the Divisional Crime Officer, DCO, of the Mbala Isuochi Police Division in Umunneochi council area of Abia State, DSP Dickson, who had been kidnapped by gunmen at the station is still unknown after two weeks.

The Abia state police command is also yet to come out to make any official statement on the incident. However, it has been gathered that the Command had sent its tactical teams who went in search of the kidnapped police officer, without success.

This has heightened fears about the safety of the kidnapped police officer who was set to retire from the police in few months.

Efforts to get the reaction of the Police Public Relations Officer, Abia State Command,SP Geoffrey Ogbonna, did not also yield any fruit as he was yet to respond to text message and call sent to his mobile number by reporters.

DSP Dickson was on August 10, kidnapped inside the Mbala Isuochi Police Station by unknown gunmen who attacked the station. The Divisional Police Officer ,DPO, and other policemen were said to have escaped abduction by whiskers.

“The case seems to have been abandoned as the search for the kidnapped police officer has since ended without any result and no official statement emanating from the state police command.

“If a senior police officer who is one of their own can be kidnapped and they are not saying a word to anybody, then what about ordinary persons?

“The reality is that there is a high degree of certainty although not yet confirmed that the kidnappers may have killed the police officer.

“The problem also is that Abia State police command up till today cannot trace the kidnappers and rescue the officer alive or recover his body,if dead.”

The source tasked the federal and state governments to support the police with logistics more than just vehicles, shoes and guns, but with technological equipment necessary to do modern policing.

“I wonder why we’re doing 16-century policing in the 21st century. How much is a drone with a camera that police cannot get per command in this country? How can police be searching bushes by walking on foot and shooting guns? Are they hunters?

“What about aerial surveillance? Why can’t we help ourselves here? Criminals are expanding their horizons but the security agencies are lagging behind.

“Everybody is worried. Nobody is happy. How can this kind of thing happen and after almost two weeks nothing is heard and the police authorities are not saying anything?

“DSP Dickson was kidnapped on the 10th August and today is the 23rd, nobody has any piece of information about him. What kind of country is this? This is heartbreaking for a man who is very close to retiring,” the source said.

It has also been gathered that the morale of policemen at the station had been low since the incident as the station is almost deserted.