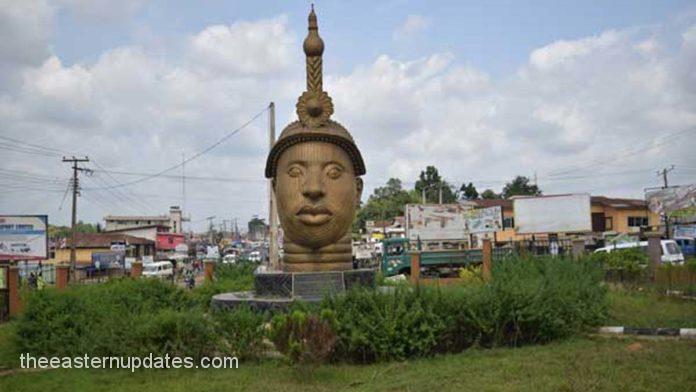 Ahead of the 2023 general elections, some concerned Yoruba elders have cautioned desperate politicians against profiling Igbo people wherever they reside in the country, noting that Ndigbo are known to be peaceful, hard-working, accommodating and law-abiding.

The elders, who identified themselves as Conference of Concerned Yoruba Elders (CCYE), said their warning followed intelligence reports suggesting desperate attempts to discredit the candidate of the Labour Party (LP), Mr. Peter Obi, whose soaring popularity has continued to unsettle his opponents.

In a statement signed, Sunday 21 August 2022, by their National Coordinator, Prof. Olusegun Ajibola, and National Secretary, Dr Mrs iyabode C. Adisa, the concerned elders wondered why the evil act of one Chinasa Michael, said to have masterminded the burning of Bus Rapid Transit (BRT) terminal at Oyigbo, Lagos State, should be the basis for judging the Igbos.

While arguing that Chinasa could not have carried out the crime alone, the Yoruba elders wondered why the never-do-well politicians championing the campaign of calumny against the Igbo people, have not been seen to be putting pressure on law enforcement agencies, to arrest Chinasa’s fleeing partners-in-crime.

“We have watched with keen interest subtle attempts to de-market the presidential candidate of the Labour Party (LP), Mr. Peter Obi, through the deliberate profiling of Igbo people in some parts of the country”, the elders said in the statement.

They warned that, “on no account should the criminal tendency of a person be used to benchmark millions of others from the same geographical entity, all in a desperate bid to weaken the chances of a candidate in the 2023 presidential election”.

The elders, who clarified that they are non-partisan, and non-aligned, said their concern remained a fair and peaceful electoral process, as well as the election of a new set of leaders, who recognises the enormity of the challenges confronting the Nigerian State, and have shown demonstrable capacity to fix same.

The statement reads: ‘As responsible and enlightened elders of thought in Yoruba land, we are duty-bound to always stand for justice, truth and equity.

‘We are constrained to respond to some negative narratives on social and traditional media against the Igbo people and the presidential candidate of the Labour Party, Mr Peter Obi, by some desperate politicians, who are having sleepless nights over his growing popularity across board.

‘Even though we are Yoruba elders, we need to speak out in the interest of unity and fair play. The recent media propaganda by the agents of  a certain presidential candidate and others against igbo people and Peter Obi in particular, where they tried to desperately link the criminal attitude of a Lagos deviant, Micheal Chinasa, who was recently remanded by a Lagos Court, over the burning of some BRT buses, is unacceptable, mischievous and calculated to blackmail the Igbo nation.

‘It is wickedness of the highest degree to link the action of one single individual, who acted in connivance with others from other tribes in committing the criminal act, to judge the character of igbo people or paint igbo people as aggressive people who don’t like the progress of Yorubas.

‘This is propaganda taken too far, and must be stopped in the interest of unity. There are criminals in all tribes in the world; how come some people are frantically trying to criminalise the  Igbos at all cost? Who is afraid of Peter obi? There’s no how Chinansa alone could have burnt 30 BRT buses! Who are his collaborators? Why are the social media handlers of these desperate politicians silent about his other co accused who are also standing trial or are still at large for a similar offence?

‘Why are they silent about the others who where set free over the same offence? Its our submission that criminality should be separated from tribe since every tribe and religion have criminals among them.

‘These desperate politicians are also going as far as branding anyone supporting Peter obi as an IPOB member just to assassinate his character and popularity. Peter obi is like an idea whose time has come and no amount of campaign of calumny can change the mind of those that have already made decision to vote him as the next president of Nigeria’.

‘I think we must be responsible in our campaign in other not to divide Nigeria further on ethnic lines. We call on all these politicians to convince Nigerians on their program rather than sponsoring media campaign of calumny against Peter obi and the  Igbo nation.

‘Should this campaign of calumny against Peter Obi continue we may have no choice but to begin to name those behind the media attack against Obi, we know their sponsors, we know how he camped over 500 youths in Abuja for over three weeks just to learn skills to attack Peter Obi. We know how some Chinese firms were also employed for this purpose too.