HomeFeaturesNortherners In Fear As IPOB Massacre 8 Nigeriens In Imo
Features

Northerners In Fear As IPOB Massacre 8 Nigeriens In Imo 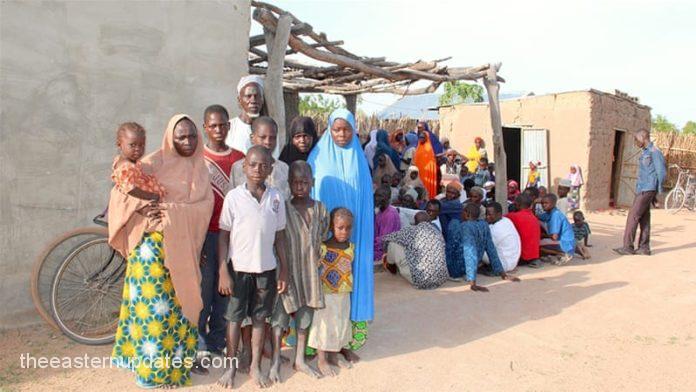 Fear among most of the northerners who are residing in Owerri, the Imo State capital, has come to an all time high following the killing and butchering of eight Nigeriens by some of the members of the proscribed Indigenous People of Biafra (IPOB).

The attack had occurred on Monday when the assailants had attacked a building at Orogwe, Owerri which was being occupied by mainly Hausa migrants from Nigeria and the Niger Republic.

The northerners said the building was attacked because IPOB took all of them living in the area to be migrants from the North, not knowing the victims were foreigners.

They told Newsmen that they have become afraid for their lives due to the frequent attacks on them by IPOB and its security arm affiliate, Eastern Security Network (ESN).

An eyewitness, Abubakar Muhammad, said the gunmen had earlier visited the Hausa community at Orogwe Monday evening where they interacted with the Hausa people in the area.

He said, “When they came that evening, they were not carrying arms. They exchanged pleasantries with people; we didn’t even know they were gunmen. But in the night, they came back shooting our people. They killed seven people on the spot, eight people were wounded, and one additional person died in the hospital. We buried them the following day (Tuesday),” he said.

Muhammad who sells Suya (roast beef) pointed out that most of the people killed were his colleagues and those dealing in cows.

He added that the gunmen had earlier shot at some northern travellers on Sunday.

“They opened fire on the bus when they realised that they were northern travellers; many were wounded while one man also lost his life. A day after that was when they came to attack us at Orogwe. We are now living in fear,” he said.

The Sarkin Hausawa of Imo State, Alhaji Auwal Baba Suleiman, confirmed that the eight people killed were from the Niger Republic and that six injured persons were discharged from hospital on Wednesday.

“The attack was on the residence where mainly people who occupy the place are from the Niger Republic. They are doing their business here; this (attack) has been happening for some time. We want the government to take some measures,” he said.

The sarki added that the gunmen cut the head of one of the victims and went away with it.

Meanwhile, the Imo State Police Command on Wednesday confirmed that seven people were killed in the attack by the IPOB members.

The police spokesman, CSP Mike Abattam, in a statement said the armed men “suspected to be members of the proscribed IPOB and its arm affiliate ESN came in a black Lexus jeep and three motorcycles carrying two persons each, shooting at the occupants in a building at Orogwe, Owerri West LGA, Imo State.”

He said the building belonged to one Sir Chima Ogbuehi, a resident of Lagos.

He said, “The Divisional Police Officer (DPO) swiftly mobilised his men with the support of a detachment of the command’s tactical teams to the scene, but on arrival, the hoodlums had escaped almost immediately, snatching a blue coloured Toyota Sienna vehicle and the command’s tactical team speedily went on their trail while the DPO and his men rushed the injured ones to Federal Medical Centre, Owerri, and evacuated the corpses to the mortuary.

“Regrettably, a total of seven persons lost their lives in the attack while six others sustained injuries and were rushed to the Federal Medical Centre (FMC), Owerri, Imo State.

“The Commissioner of Police, Mohammed Ahmed Barde, has ordered for a discreet investigation into the incident, promising that the command will go all out in ensuring that the perpetrators of this dastardly act are arrested and made to face the full wrath of the law.”

The police appealed for calm and enjoined the residents to assist them and other security agencies by giving them credible information and report any clandestine activities observed in their communities to the nearest police station.