HomeFeaturesTwo Nollywood Actors Feared To Have Been Abducted In Enugu
Features

Two Nollywood Actors Feared To Have Been Abducted In Enugu 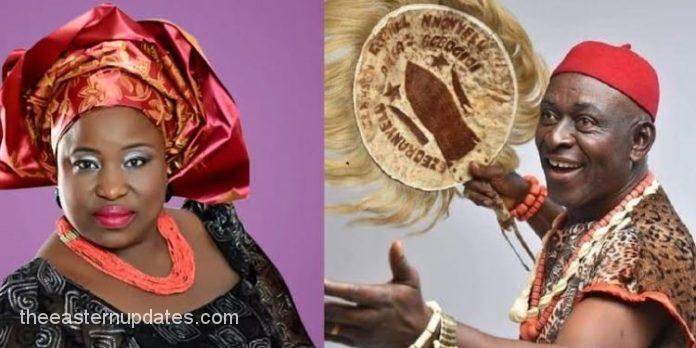 There is palpable trepidation in Enugu State as Veteran film stars, Cynthia Okereke and Clemson Cornell have been reportedly abducted by some unknown gunmen after they had left a movie location in Enugu.

Spokesman of Actors Guild of Nigeria (AGN) Monalisa Chinda had made this announcement via her verified Instagram page.

Chinda had also stated that her senior colleagues had been reportedly missing after their family members confirmed they didn’t come back from a film location at Ozalla Town, Enugu State.

The statement reads: “Two members of the Actors Guild of Nigeria, Cynthia Okereke and Clemson Cornel aka (Agbogidi) were reportedly missing after their family members confirmed they didn’t come back from a film Location at Ozalla Town, Enugu state.

“The two members were suspected to have been kidnapped and this has increased fear amongst members about safety of Actors filming in the country.

“In view of this sad development, the National President of the Guild, Ejezie Emeka Rollas has instructed all Actors to avoid going to outskirt of cities to film except full security cover is provided to ensure their safety.

“The National President is shocked over this ugly incident and urged the security agencies to speed up investigations that would lead to their safe rescue.

“He equally appeals to all members to pray for the safe return of the thespians.

In another report, an unidentified man and his girlfriend were have been allegedly shot by policemen at a checkpoint in Enugu.

A video of the incident which was obtained by The Eastern Updates where policemen were seen carrying the man into a vehicle has now gone viral on social media.

It was gathered that the incident happened last Wednesday, at the Monkey Roundabout, close to the EFCC office Enugu.

In a statement, the Police Spokesman in Enugu, Daniel Ndukwe, confirmed that the Commissioner of Police in the state, Abubakar Lawal, has ordered an investigation into the incident.