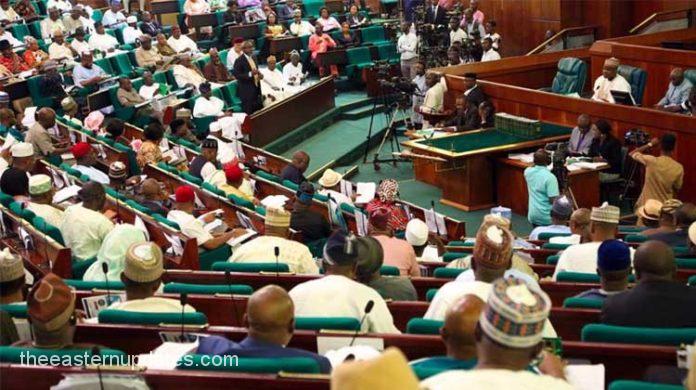 The Nigerian House of Representatives has decried the alleged omission of Anambra and Enugu states from the ongoing National Agricultural Growth Scheme which had been launched by the Federal Government of Nigeria.

At the plenary on Wednesday, the House urged the Federal Ministry of Agriculture and Rural Development to “revisit this omission with a view to including these two states in the project.”

The House also mandated its Committee on Agricultural Production and Services to ensure compliance with the resolution.

This was based on a motion titled ‘Call on the Federal Ministry of Agriculture and Rural Development to include Anambra and Enugu States in the Ongoing National Agricultural Growth Scheme (NAGS) Under ATASP-l,’ which the lawmakers unanimously adopted.

Sponsors of the motion, Messrs Vincent Ofumelu, Chinedu Obidigwe, Simon Atigwe and Dennis Amadi, noted that NAGS, which is under ATASP-1 being implemented by the Federal Ministry of Agriculture and Rural Development, failed to capture Anambra and Enugu.

The lawmakers noted that the perceived oversight might not be deliberate in view of the pivotal role both states play in terms of agricultural production.

Moving the motion, Ofumelu said, “The House is worried that if nothing is done in this regard, the tendency that these states will be left out is very high. The House is concerned that the non-inclusion of these states in the project would definitely affect the progress already recorded in the past years. The House is also concerned that many farmers who are currently yearning and waiting for intervention would end up disappointed.”

In another report, In lieu of the massive protest which had been scheduled by the NLC in solidarity with the lingering ASUU strike, some of the protesting members of Nigeria Labour Congress (NLC), have grounded activities in Enugu State as they blocked some of the major roads and streets in Enugu.

The protesting workers had also marched from the Labour House, close to New Market, to the Enugu State secretariat.

From the new sectariate the protesters moved through Old Artisan to Otigba junction. They are currently marching towards the Enugu State Government House.