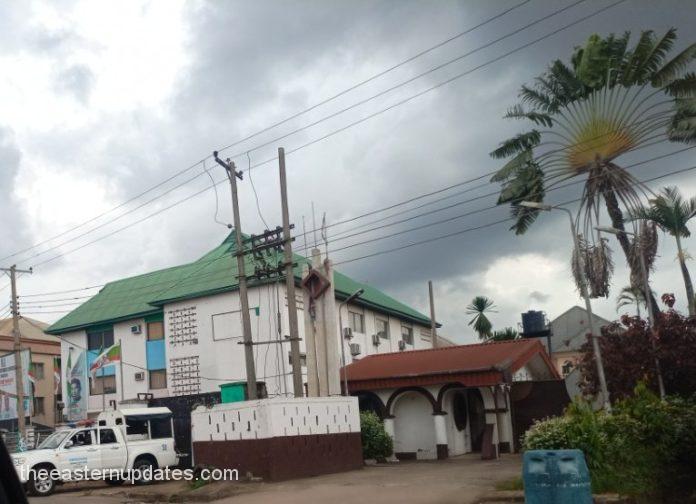 Armed police officers on Friday took over the entry gate of the All Progressives Congress, APC, Secretariat along Okigwe road in Owerri, Imo State capital.

The Eastern Updates gathered that the policemen, who restricted movement in and out of the secretariat, were complimented by officers of the Department of State Services, DSS, and are at the location to forestall a possible breakdown of law and order.

A party source, who spoke to reporters under the condition of anonymity said the security officials were mobilised to enforce the Supreme Court judgment reinstating Dan Nwafor, a member of Senator Rochas Okorocha political family as the state party chairman.

Speaking on the development, Cajethan Duke, Publicity Secretary of the APC in Imo State, said the state government is responsible for the new development.

He said the policemen were invited to forestall a possible breakdown of law and order.

He said, ‘We invited the policemen to the Imo APC Secretariat. Just yesterday, we heard on good authority that some people were mobilizing thugs to attack our facility, so we have to be proactive and protect it.

‘Former Governor Rochas Okorocha and his ally, Dan Nwafor are just trying to create attention and confusion where there is none. One million Okorochas can not raise that Supreme case. It’s only God, because the Supreme Court judgment was clear and not ambiguous.

‘The document reinstating Nwafor was fraudulent and should not attract the attention of any serious minded-person, not to talk of the Inspector General of Police or any media organisation.

‘The said letter is not only fake and misleading, but it is also a dramatized case of forgery masterminded by an unintelligent desperado.

‘It is important to state that there was nothing in the majority judgement delivered by the Supreme Court on Friday, May 27, 2022, in the case between APC vs Evans Enwerem & 2 others SC/CV/884/2020 that confers any recognition and legitimacy on Dan Nwafor and his co-travelers. The judgement remains unambiguous and clear.’