HomeFeaturesIPOB Moves To Amend Grounds Of Appeal Over Proscription
Features 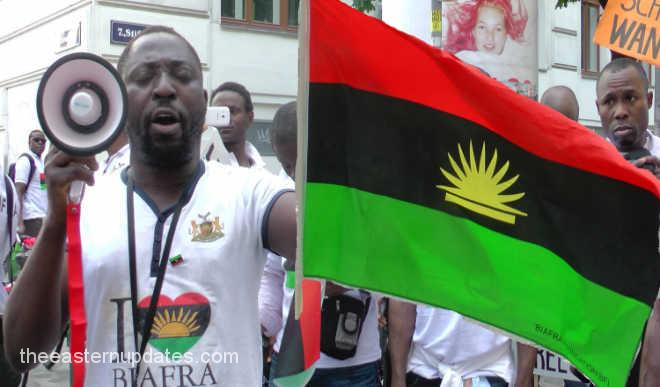 The Indigenous People of Biafra (IPOB) has sought an order of a court to amend its notice and grounds of appeal filed on March 6, 2018, at the Court of Appeal, Abuja Division.

Statement by Aloy Ejimakor, counsel to the leader of IPOB, Nmamdi Kanu, said the pro-Biafra group has engaged the services of Chukwuma-Machukwu Ume (SAN) to step up on its 2018 appeal, seeking the reversal of proscription of IPOB and the terrorist tag by the Federal Government.

Ume would among other things, on behalf of Nmamdi Kanu and IPOB, modify the already existing five grounds of appeal and add 13 more.

When the proscription was made ex parte in October 2017, the IPOB had approached the Court of Appeal insisting that the trial court was in error and praying that the lower court’s orders exparte be set aside.

IPOB had framed five grounds which include that the activities of the group were not within the definition of terrorism acts as enshrined in Section 2 (1)(a)(b) & (c) of the Terrorism Prevention (Amendment) Act 2013, to warrant such proscription.

The statement noted that just recently, Machukwu-Ume has determined that there was need for amendments of the existing grounds of arguments to help in a just and favorable determination of the pending appeal.

Machukwu-Umeh is leading a team of several lawyers that include IPOB’s senior principal lawyers, Ejimakor and Ifeanyi Ejiofor.

Based on court documents made available by Ejimakor, the proposed amended notice and grounds of appeal (which are now 18 in total) accused the Attorney General of the Federation of ‘looking the other way while the Fulani herdsmen are killing, maiming and kidnapping all over Nigeria but on the other hand applying to court to proscribe (appellants) IPOB that do not cause any violence.’

The senior lawyer in the appeal argued that IPOB would be greatly prejudiced if the application is refused.