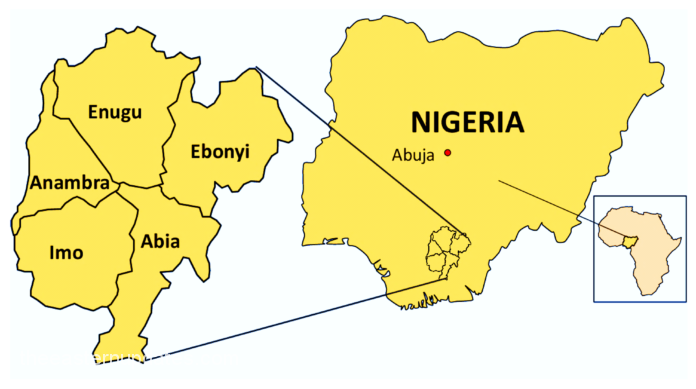 A group of Southeastern christian youths have motioned on Ndigbo and Nigerians in general to devise a better means of self-defense and securing themselves against all manners of criminal elements and acts of terrorism in the country.

This formed part of the communique which had been issued by the youth wing of the Christian Association of Nigeria, CAN, YOWICAN, after their meeting in Abia State. The communique was signed by Revd. Oluchukwu Onuigwe, Chairman YOWICAN South-East.

The group said the meeting was convened “to check the deteriorating security situation in the zone, address mass unemployment which undoubtedly contributes to increase in insecurity, and the need for free, fair, credible and transparent election in 2023.”

They said some of the recent security breaches, including the abduction of the Prelate, Methodist Church Nigeria, His Eminence, Most Reverend Samuel Kanu-Uche, the Owo- Ondo attack, attacks in Churches in Kaduna, Benue and others, were clear indications that the entire nation was no more safe.

“It also points to the fact that the zone has been infiltrated by terrorist elements. Insecurity situation is gradually crippling businesses in the South-East region and if we keep quiet we will be overrun by criminal violence,” YOWICAN said.

The Christian youth leaders, drawn from all Christian denominations in the South-East, called on the five Eastern State Governors “to formulate and restructure a workable security outfit that will be more effective than what we have today. And to immediately mobilize the security operatives to comb all the forest in the zone where these criminal elements are camping to carry out their nefarious activities and fish them out.

“We call on Nigerians and Ndigbo to rise and defend ourselves. Enough is enough. The citizens have endured enough hardship, misrule, poor leadership and bad Governance. The power belongs to us the youths and not to the very few in the corridors of power.

“We condemn the growing trend of ritual and cult killings in the South-East. Things that are alien to our culture and Christian traditions are now the order of the day. Individuals are being kidnapped and beheaded by unidentified elements. We call on security operatives to rise to the occasion and arrest the situation.

“We equally appealed to various town unions, churches in the southeast to revive and equip their vigilante and church security formations like the boys scout, MOD, Boys’ brigade, Royal Rangers, Armies of Salvation etc to defend the citizens.”

While urging eligible Nigerians of voting age to take advantage of the extended Continuous Voter Registration (CVR) to acquire their Permanent Voters Cards (PVC), they equally called on the INEC to deploy more PVC machines to South-East States.

The communique read further: “We urge H.E President Muhammadu Buhari to leave a legacy of free and fair election, while urging the National Orientation Agency (NOA)and other government agencies and parastatals to cooperate with YOWICAN to mobilize the people. It’s time this agency justified the large funds being budgeted to it annually. We also call on the electoral umpire INEC to maintain neutrality in next year’s general election.

“We call on the government to resolve their issues with the Academic Staff Union of Universities (ASUU) and other unions in our tertiary institutions so that our brothers and sisters can go back to school. We equally called on the governors of the South-East to improve the welfare of primary school teachers and pay them better salaries.

“We call for a new spirit of leadership. Christian youths will not vote for parties and structures in 2023, they have failed us, we will vote for individuals with a people oriented leadership, equity and justice, who will give us back our Nigeria.

“While we call for sustained prayers to check kidnapping, and attacks on religious places, we want to state that if these calls and pleas fall on deaf ears as usual, all the Christian Youth leaders in the South-East will take any youthful measure that is available to us to press home our demands. Enough is Enough, our gentleness is not Cowardice.