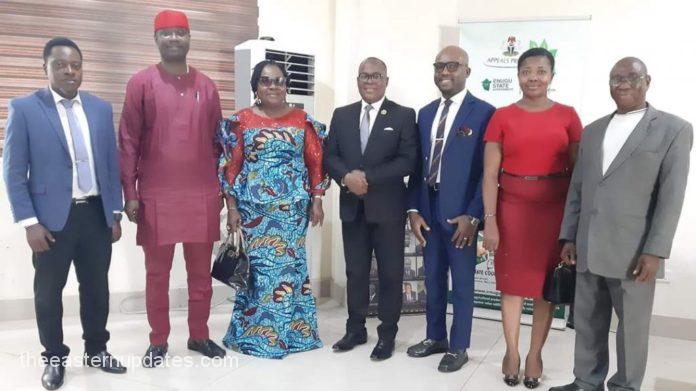 In tandem to the fully implemented efforts by his administration to further enhance some of the  reviewing of the policies, programmes, structures and operations of the State Public Service for much better results, the Enugu State Governor, Ifeanyi Ugwuanyi has on Wednesday, announced and inaugurated an 8-man Committee to coordinate the implementation of the recommendations of the 12 Sectoral Committees.

While inaugurating the Committee, Gov. Ugwuanyi who had been represented by the Secretary to the State Government, Prof. Simon Uchenna Ortuanya, named Dr. Kingsley T. Udeh as Chairman.

Gov. Ugwuanyi disclosed that the responsibility of the Committee is to coordinate the implementation of the recommendations of the 12 Sectoral Committees that articulated necessary reforms in the State Public Service.

He urged members of the newly inaugurated Committee to bring their wealth of experience to bear on the assignment, “and thus, propel our state to an enviable height, while leaving indelible marks on the sands of time”.